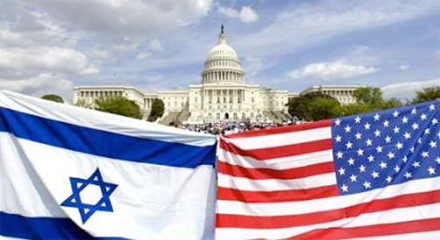 On March 28, 2010, Politico’s Laura Rozen ran a story citing an anonymous U.S. government source who suggested that Ambassador Dennis Ross, senior director for the Central Region at the National Security Council, “seems to be far more sensitive to [Israeli prime minister Binyamin] Netanyahu’s coalition politics than to U.S. interests.” Five days later, Stephen M. Walt, coauthor of the 2007 book The Israel Lobby and U.S. Foreign Policy weighed in with his ForeignPolicy.com, “On ‘Dual Loyalty’,” which called for all employees of The Washington Institute for Near East Policy to be barred from policymaking positions in the U.S. government. Washington Institute executive director Robert Satloff’s reply, reprinted here, appeared in ForeignPolicy.com.

Give Stephen M. Walt his due. After Prime Minister Benjamin Netanyahu’s tense visit to Washington last month, a cowardly U.S. government official lobbed an “Israel vs. America” dual loyalty canard at my former colleague, National Security Council advisor Dennis Ross. But while he or she hid behind a cloak of journalistic anonymity shamelessly provided by Politico’s Laura Rozen, Walt at least has the gumption to stand up and make his McCarthyite case in his own name. And while Rozen’s muse only attacked one person’s bona fides, Walt pilloried the professional credentials of several dozen of our nation’s leading Middle East experts.

For the record, Ross, who was a distinguished fellow at the Washington Institute for Near East Policy (WINEP) throughout George W. Bush’s administration, has been advancing U.S. interests in peace and security for the past quarter-century. He is now working at a senior level for his fourth president — two Democrats, two Republicans — and has the battle scars that come with his membership in the increasingly narrow circle of bipartisan foreign-policy practitioners. Our nation could use fewer Walts and a lot more Rosses.

Of course, “McCarthyite” is a term one should be reluctant to throw around, but I can think of no more accurate word for fact-free accusations designed to smear reputations with an appeal to patriotism. What else is one to make of Walt’s rhetorical question: “Isn’t it obvious that U.S. policy towards the Middle East is likely to be skewed when former employees of WINEP or AIPAC have important policy-making roles, and when their own prior conduct has made it clear that they have a strong attachment to one particular country in the region?”

I cannot speak for other organizations, but I can speak for current and former employees of The Washington Institute. What “prior conduct” is he talking about? To which country do we allegedly have a “strong attachment”?

Our foreign-born scholars hail from virtually every country in the Middle East — Turkey, Iran, Israel, and at least a dozen different Arab countries. It is true that some have strong attachments to their native lands. One went on to serve as senior aide to the Jordanian foreign minister, another is now an advisor to the French Foreign Ministry, and a third is currently a Lebanese diplomat. Our first Arab resident scholar was Saad Eddin Ibrahim, an Egyptian patriot if there ever was one. But I think Walt had something else in mind.

As for U.S. citizens on our staff, their suspicious “prior conduct” includes 35 years in the Defense Intelligence Agency (Jeffrey White), 30 years at the State Department and the old U.S. Information Agency (David Pollock), and tours of duty at the State Department, the FBI and the Treasury Department, the Pentagon, and the National Defense University (Scott Carpenter, Matthew Levitt, David Schenker, and Patrick Clawson, respectively). And then there are the dozen U.S. Air Force officers who have each spent nearly a year as national defense fellows, as well as the Foreign Service officers and Defense Intelligence Agency analysts who have been on loan to us from their home agencies. By Walt’s arguments, all these public servants should be precluded from high office. But still, I think Walt had something else in mind.

And to which Middle Eastern country does Walt believe that I, director of WINEP for the past 17 years, have a “strong attachment?” Is it Jordan, where I studied at a university in Yarmouk and about which I have written two books and my Oxford dissertation? Or perhaps Morocco, where I lived with my family for more than two years and where I wrote two other books? No, it seems Walt had something more nefarious in mind.

I do wonder why Walt limited himself to smearing current and former employees of The Washington Institute. Given his argument about “conflict of interest,” one would think anyone with any connection to the institute has been infected with whatever virus we carry. Indeed, if Walt were truly concerned for the fate of our nation, he should really place dozens of others in his diplomatic purdah. They would include the three vice presidents who have addressed our celebratory events over the years (Al Gore, Dick Cheney, and Dan Quayle) and the four former secretaries of state who serve on our board of advisors.

There are also the groups of scholars, experts, and public servants we bring together to recommend policy — people like U.S. Ambassador to the United Nations Susan Rice and Deputy National Security Advisor Thomas Donilon. And how could I forget Walt’s colleagues at Harvard University’s Kennedy School — Joseph Nye and Graham Allison — both of whom have been signatories to major Institute study groups in recent years? I am surprised Walt let a little water-cooler politics keep him from flagging the eyebrow-raising activities of these dangerous characters.

There is also a different sort of “conflict of interest” that doesn’t seem to bother Walt. It’s the old-fashioned kind — the one about money. Absolutist that Walt is, one would think he would pursue the mother of all conflicts of interest before asserting, without argument or proof, that employment at the Washington Institute is prima facie evidence for disqualification for high public service. But that would get messy, especially because his employer proudly boasts of financial support from the governments of Dubai, Kuwait, Italy, and Germany, as well as numerous foreign-owned corporations.

The Washington Institute, on the other hand, does not accept any funds from any foreign source — not a single dime from foreign individuals, foundations, corporations or governments. Since our scholars’ job is to issue recommendations for U.S. foreign policy, our board of directors put into place this U.S.-donors-only policy years ago. I don’t begrudge other people and institutions from looking for funds wherever they can find them. Money is scarce these days, and you have to do what you have to do — though we at The Washington Institute won’t do it.

All this goes to prove that Walt couldn’t care less about real “conflicts of interest.” He is a guerrilla fighter out to win a policy war using any means at his disposal and a throwback to the era when alleged realists believed that the U.S. government could not advance strategic partnership both with Israel and with friendly Arab and Muslim states. He pines for a zero-sum approach to Middle East policy that would have made Loy Henderson leap for joy. His stock in trade are smears and misleading innuendo, without a fact in sight. All in all, it’s a very impressive resume for the Robert and Renee Belfer Professor of International Relations at Harvard’s Kennedy School of Government.

Did I mention that the Belfers are donors to The Washington Institute? Maybe Walt should disqualify himself, too.

AUTHOR
Robert Satloff is executive director of The Washington Institute.