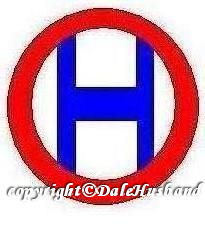 I am a skeptic by nature.  I question everything I see, not taking what I am told at face value, but demanding proof, evidence, and corroborations before I accept something as true. Thus, when I am told by members of the radical left that there was a conspiracy of American government officials involved in the terrorist attacks of 9-11, I am skeptical. If I am told by liberals that atrocities were committed in either Afganistan or Iraq by American forces against civilians, I am skeptical. If I am told by conservatives that tax cuts are a way to help the economy grow and that tax hikes hurt the economy, I am skeptical. If I am told by right-wing extremists that the War in Iraq was justified even though no Weapons of Mass Destruction were found there even after being told before that they were there, I am VERY skeptical of that!!! When it comes to skepticism, I don’t discriminate politically! I doubt everything!

Another thing I am adamant about is my sense of honor, which I hold more dear to me than my life. It allows for no exceptions whatsoever. So if I have lost friends or even made enemies for standing up for my honor, so be it. If I see someone who comes across to me as a liar, a bully, or just plain rude and stupid, then I usually try to fight back. If I see someone doing or saying things that damage the credibility of the causes I happen to believe in, I deeply take offense at that because I want those causes to be protected, even at the expense of picking fights with those who are unworthy to support those causes. I beleive in absolute standards of right and wrong and so I see no point in ever excusing something that is wrong because the wrongdoer is otherwise a friendly or nice guy. That’s how corruption sets in.

Part of my being honorable is refusing to paint the members of any group, whether political, religious, or national, with the same brush. My friends include all kinds of people, such as conservatives, liberals, Christians, Jews, Muslims, Buddhists, Pagans, Athiests, Americans, Europeans, Asians, Austrailians, meat-eaters and vegetarians. That diversity I deeply treasure. Once I recognize that another soul is honorable, no matter what else may be true of that person, I embrace him as a brother. But if I discover a fellow American, a fellow agnostic, a fellow liberal, or a fellow chess player to be dishonorable in his behavior, he becomes my enemy, period. I distrust and shun him like I would a leper.

Because I am honorable, I sometimes willingly concede points made by my opponents in debates with them. This should never be seen as a sign of weakness. When I know I am right about something, I will fight like a pit bull to prove my case and defeat my opponent because in some cases I do see my battles here as a struggle between light and darkness, good and evil, ignorance and knowledge. But I am also willing at times to listen to my opponent and consider his point of view, especially if that person is known by me to be honorable. If we do not listen to others, how can we ever grow in knowledge?

No matter how great the pressure, I feel that one must never “sell out”. It is being able to stand up to the urge to conform to the shallow desires and priorites of others who have a limited vision that makes one truly heroic. I choose my friends according to my ideals; I never bend my ideals for the sake of keeping friends.