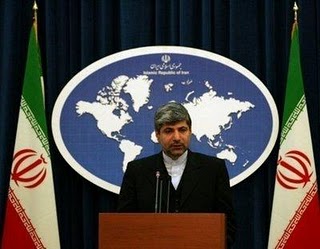 The IRI recently withdrew their audacious attempt at membership in the U.N. Human Rights Council, only to announce their plans to join the U.N. Commission for Status of Women. To me this looked like crazed grasping at straws of ethical respectability–especially after the regime’s brutal crackdown, and rape and murder of female (and male) opposition vote supporters has been widely reported not only by international press, but also addressedby elected officials inside Iran–including Mehdi Karroubi.

Tuesday  S.B. Anderlini, Hadi Ghaemi, and Dokhi Fassihian reported that, ‘…the regime moved to secure a seat on the UN’s Commission for the Status of Women (CSW). The CSW, comprising 45 countries, voted in by regional blocks, is the principal global policy-making body dedicated exclusively to the advancement of women. Its mandate is “to evaluate progress, identify challenges, set global standards and formulate concrete policies to promote gender equality and advancement of women worldwide.”

“Iran does not deserve a spot on the commission; it should earn it by providing Iranian women their basic human rights. Yet on Wednesday, Iran is likely to ascend to the CSW because it agreed to pull out of running for the Human Rights Council in exchange for securing an uncontested seat for the CSW. That it can do so, with such ease, is a denigration of the very principles for which the CSW and UN stand.”

I’m trying to find out whether Iran in fact got into the CSW.