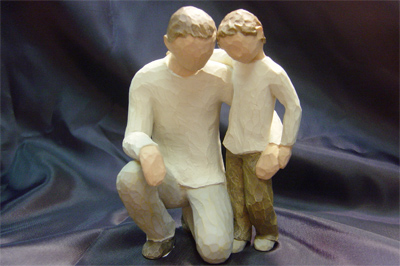 It was a joke his father and his father’s brothers and their friends liked to use when they were entering a conversation. They were men who liked to talk and who liked to talk about politics and who looked so at home talking about politics that the boy would wonder where that home was. They looked like American men talking about sports, only there was more – more heights and depths of emotion, more putting their arms around each other, more slowness in the listening to another man’s heart coming out.

“Don’t forget about Egypt,” a newcomer would say. “What is the issue at hand?” It went back to London, to the hotel his father and his uncles had run there for Iranian students. There was a Turk who had stayed there for a few weeks, who had wanted very much to participate in the big discussions they would have after dinner. He just didn’t know enough to do it, so one night he had said, out of the blue, “Don’t forget about Egypt. Egypt is strong too.”

The men would be speaking of Iran and their hopes for it and of men there, alive or dead, who were doing great things if they were alive and who had once done great things if they were dead, and the boy would still be thinking of the Turk. He couldn’t help it. The Turk was the one consistent part of all the discussions. He had been there through all the twists and turns of it. The boy felt so sorry for him that he didn’t fully believe everything they said afterwards about Iran having no more poverty and having no more kings. He didn’t want to be a man who talked about those things if laughing about the Turk was part of it. He already knew he didn’t want to be an American man talking about sports, so he wasn’t sure which way to go.

One afternoon in the summer he came inside from the yard where the men stood talking and slammed the door.

“What happened?” his mother said.

“The one who said don’t forget about Egypt.”

His mother thought back. “That was ten years ago.”

“I know,” the boy said. “So why do they keep talking about him so much?”

His mother didn’t know what to say. She knew that it was a way to remember a time, but that didn’t mean anything to the boy. The Turk was very much alive to him, somewhere in the world, because he was a boy.

That night she told the boy’s father about it.

“That Turk!” he said, laughing. “Remember him? ‘Egypt is strong too.’ What a thing to say!”

“He thinks you are making fun of him.”

“That doesn’t matter to him.”

“But he was a baby when we had that hotel.”

“That also doesn’t matter to him.”

The father smiled. He liked anything new, and this was a new one for him. It was a new one for him each day to find out that he was a father, and that he was a father to a boy who liked to sit and listen to the men talking and know what they had to say. He took it to mean that the boy was a little ahead of boys who were running around causing trouble, but he heard a thing like this and he wondered if the boy was a little behind them. If that was the case, it was all right. He had already accepted that it was a crazy thing to try to understand the boy, at least in the way that he was used to trying to understand that which came from him as being his.

But he wondered what was going to happen to a boy who couldn’t take a little joking like that. There was a lot worse that was going to be coming his way. Either he was not going to be able to handle it or he was going to be able to handle all of it and then some. In a way he was glad that the boy was getting some practice early. It was not the kind of thing that had given him some practice when he was a boy, but that was all right. He thought about being on the other side of it, about being the one whose words made a boy angry at the world like that. It was a funny place to be. He laughed. If he wasn’t so sure about the fire inside him, he would be upset at the boy’s fire coming out towards him. But he loved that poor Turk, wherever he was. That hapless Turk. They all loved him. They wanted to remember him because it was in their part of the world that a man would be embarrassed to not be a part of a political discussion. In America a man would say ‘Ah, who cares? They’re all a bunch of crooks.’ It did their hearts good to remember him.

But all the same he told the fellows to lay off the joke when his son was around. And one day several weeks later he was having lunch with his wife and his son and he turned to his wife and said, “You remember that Turk who stayed with us in London? I got a letter from him the other day. He wanted us to know he’s doing wonderfully. He moved to Greece and he opened up the best Turkish restaurant in Greece. He said everything is going wonderfully.”

The boy was so happy to hear it that he had to go outside and play basketball.

“And he still hasn’t forgotten about Egypt, I suppose,” the boy’s mother said.