How wild is your imagination- Space Aliens visit Iran 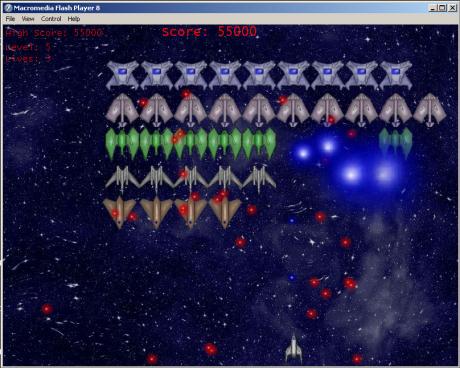 I sometimes sit back and imagine, how wonderful if it would be if there were very advanced non terrestrial (NT)aliens that visit Mother Earth…

Imagine this, Iran vs US and allies at its peak. NT aliens are confirmed to have visited our planet. Of all the countries, they choose Iran.

Soon Reuters, AP and all major and minor news agencies want to visit Iran to catch the historic moment, but all but a select few are denied.

Office of the President Mahmood Ahmadinejad

“Yes, our brothers have decided to pay a visit to this great country and are currently in a meeting with the President and Rahbari.”

President AN: “We have signed numerous MOUs on behalf of the justice seeking people of the world and are planning further cooperation.”

Rahbar Seyyed Ali Khamenie: ” We have explained in great detail, the injustices that have befallen mankind and the environment over the course of human history by arrogant powers. Most crucially, world peace and tranquility is held hostage by a few super powers that seek to rob nations of their resources and land….We have made this very clear to our most esteemed guests…”

Reuters reporter: “Sir, are you not worried that you will involve the Aliens in a battle on Earth? Do you think this is really in the interest of people of the world?”

Rahbar: “We are not worried. Our Space brothers are not alien! In fact, they are a piece of the solution that would be instrumental in restoring peace on earth. Currently our guests are meeting with the highly regarded Marjaiyat to become better acquainted with the religion of peace.”

President AN: “I am extremely proud that our Space brothers, have decided to accept Islam and seek the Divine commadments as their salvation in this life and next…”

Ban Kee- Moon: “we tra wery haad to meet with the non terrestrial aliens but so far Iran is refusing…”

White House Spokesman: “I think Iran is playing an extremely dangerous game with world peace by excluding all nations from meeting with the Non terrestrial aliens. We call on Iranian authorities in the strongest language to permit world representatives to meet with the aliens…”

AP publishes a photo reportedly showing the 5 members aliens seated at the center of a meeting of Iran’s most influential clerics body, the Guardian Council. All are seated on floor in a circle around Supreme Leader Ayatollah Khamenie listening to him.”

Reuters reports : “Based upon very conservative estimates, it is believed that the Non- Terrestrial Aliens possess highly sophisticated weapons and technology. It is believed that they are in possession of bombs, each of which is said to be in equivalent of 500 Atomic bombs in energy magnitude….”

President AN: The Space Brothers have informed us that they had intentionally landed on Irans blessed land, given our rich history and culture in fighting against oppression and injustice. We are not worried about what these Super-power has beens are saying…Iran is interested in restoring worldwide peace and justice..

ABC: It is reported that higher ups in Hezbollah and Hamas have met with the Non Terrestial Aliens in Tehran and had asked for stronger and immediate cooperation to resolve Earth conflicts once and for all

SkyNews: Breaking News: We are now going Live to Tehran, Iran for an announcement by Non Terrestrial Aliens

Alien Head: After listening to the wise counsel by our Earthly brothers, we have decided that upon return to our planet, we will inform our Leader of the current problems on Earth and its explosive nature. We will be calling on our Leader to enhance cooperation with Earth, represented by Ahmadinejad. We will act upon Ahmadinejad’s order to send over 50,000 of our military to Iran for more involvement with Earth.

After listening to many representatives of Earth, we believe that it is our duty to restore peace and justice to Earth. We were informed in our visit that there are some Wolf-like creatures with sharp bloody fangs that are threatening Earthly inhabitants. We were given their coordinations and will soon come to the aid of our Earthly friends and rid them of those wolf-like creatures… Thank you

President AN: Bismillahi Rahmani Raheem, Allahoma Ajel Li Valiyika Al Farj, We want to declare to the people of the world, that finally your oppression is about to be over.
With the help of God and Imam Mahdi, the peaceful teachings of the Divine prophets will soon take over the world. All walls created by World Super-power has beens, will be destroyed… the injustices will soon be lifted and wiped out and we will once again live in a harmonious and peaceful world as predicted by our Prophet Mohammad and Islamic Holy teachings… Wa Salamu Alaikum”