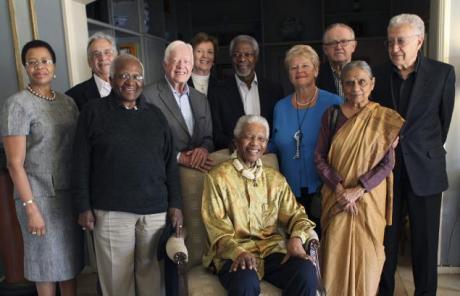 Since the usual mob of so-called Persian “patriots” is clearly uncomfortable talking about Israeli war crimes (or anything other than their own agenda), I propose we have an open thread where the latest from the Gaza crisis can be discussed.

First, let me say, that those people who constantly moan about “I don’t care about X, this is IRANIAN.COM, not X.COM”, are clearly wrong. Many of them are disingenuous. This has been proven several times. Most recently it was proven again when I put up news stories of Iranians getting killed in Iraq, and the inhuman and hostile reaction some of these “patriots” exhibited was telling.

A smaller group is clearly just protecting Israel against criticism. We have all met these people, some of them right-of-center thinkers who admire Israel’s modernity, power and authority and don’t care about much else. Some of them are Iranian Jews who have found a sense of pride and belonging in the dominant Israeli narrative in the West, and this is their way of protecting that feeling. Some are brought up to equate Islam with Arabs and evil and since Israel is “against” Arabs, they think Israel must be a friend, so they are just protecting friends from “enemies” by trying to silence criticism of Israel.

One way this hypocrisy becomes obvious is with their own conduct. They claim they support freedom of speech and also that we should not waste energy on Palestine when there are human rights violations in Iran. Both are valid points of view. But why would a person who has these views waste time actually criticizing others who do write about Palestine? Does that sound like someone who wants to just concern themselves with Iranian human rights? Why would someone like that care, for example, that Iran has requested Intropol investigations of Israeli officials?

Not everyone is a hypocrite of course, far from it, even here. Some people genuinely just think the Palestinian issue has nothing to do with us, and they do not want to lose focus on Iran. While I can respect their honesty, I think they are misguided. The world is incredibly interconnected. Crisis in the Middle East as well as anything having to do with Israel, Turkey, US is very relevant to Iran, relevant to the future of our country, and to the future of the people in it, including those who are seeking democratic changes.

However, I didn’t really mean to get off on a rant here. I did not make this blog to talk about why the Gaza massacre is relevant to us, I will write an article about that part soon. Here, I just want to give a central location to those who do care about what is going on to comment, share links and ideas. I humbly ask those who do not care to stay out of this as to not cause themselves any unnecessary headaches.

The Picture is of the Nobel Elders Group, founded by Nelson Mandela and comprised of Nobel Peace prize winners who are active in human rights issues. It just released the statement on the Gaza crisis, which in part reads:

“The Elders have condemned the reported killing by Israeli forces of more than a dozen people who were attempting to deliver relief supplies to the Gaza Strip by sea,” the 12—member group said in a statement issued in Johannesburg, where it met over the weekend.

The group, which was launched by Mr. Mandela on his birthday in 2007 to try to solve some of the world’s most intractable conflicts, called for a “full investigation” of the incident and urged the UN Security Council “to debate the situation with a view to mandating action to end the closure of the Gaza Strip.” “This tragic incident should draw the world’s attention to the terrible suffering of Gaza’s 1.5 million people, half of whom are children under the age of 18,” the group said.

This comes in the wake of the UN Security Council action after a 12 hour emergency meeting. It was predictably watered down by Israel’s main supporter, the United States. But it was passed anyway. See: UN Security Council Condemns Israel for Violence in Gaza Raid, Seeks Probe.

Lastly, I want to leave you with this short interview by Dr. Norman Finkelstein, himself an American Jew and son of two holocaust survivors who has dedicated his life to battling the inhuman Israeli policies and their corrupt cheerleaders in American media and society. Here he talks about why Israeli is officially a “Lunatic State”: