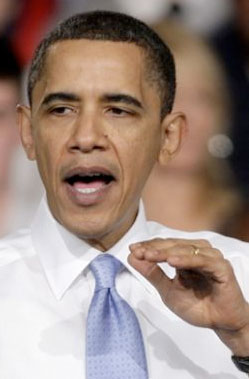 Washington supported mediation by Brazil and Turkey when it did not expect them to succeed and turned its back when they accomplished exactly what the Obama administration said it sought from Iran.

The full text of a letter sent by President Obama on April 20, 2010 to President Lula da Silva regarding Brazil’s and Turkey’s negotiations is now available and we reproduce it here. In the letter, the White House strongly encouraged the intermediaries to negotiate with Iran for a single purpose, namely to persuade the Islamic Republic to send 1200 kg of its low enriched uranium to Turkey in exchange for fuel rods for the Tehran Research Reactor. Brazil’s respected daily O Estado de S. Paulo yesterday quoted Turkish prime minister Erdogan revealing that he, too, had received a (presumably similar) letter from Obama.

This initial US stance completely contradicted Washington’s hostile response three weeks later to the Tehran Declaration, in which Iran agreed to precisely such an exchange. On May 18, a day after the Declaration was issued, Secretary of State Hilary Clinton dismissed the Brazil-Iran-Turkey offer and announced instead a draft UN Security Council resolution to impose a new round of sanctions on Iran. The punitive escalation, she said, was “as convincing an answer to the efforts undertaken by Tehran over the last few days as any we could have taken.”

This was predictable. Washington grew visibly nervous as signs emerged that Brazil and Turkey might achieve peacefully what threats and sanctions from major powers had not accomplished in Iran. Hours before the prime minister of Turkey and president of Brazil left for Tehran, Clinton told a Washington news conference their mission was doomed.

U.S. hostility to the Tehran Declaration contradicts also what Washington insisted it wanted last October, when the White House supported a UN-sponsored nuclear fuel swap that was essentially identical to what Iran is now offering.

Even if one disregards that background, the main point in the May 17 Tehran Declaration is precisely what Obama had asked for in his letter as a satisfactory step forward for Iran to prove its goodwill. To quote from Obama’s letter, “For us, Iran’s agreement to transfer 1,200 kg of Iran’s low enriched uranium (LEU) out of the country would build confidence and reduce regional tensions by substantially reducing Iran’s LEU stockpile. I want to underscore that this element is of fundamental importance for the United States. For Iran, it would receive the nuclear fuel requested to ensure continued operation of the TRR to produce needed medical isotopes and, by using its own material, Iran would begin to demonstrate peaceful nuclear intent.”

The contradiction between President Obama’s letter to President Lula and the US response to the Brazil-Iran-Turkey offer is the latest evidence that the US does not intend to negotiate with Iran in good faith and has hidden motives. Under pressure from the same neoconservatives and Israel lobby that pushed the Bush Administration to invade Iraq illegally, the Obama Administration is inventing excuses to avoid a peaceful resolution to the stand-off with Iran.

But as Obama initially agreed in his letter, the nuclear fuel swap agreed to by Iran is actually an historic breakthrough. A new round of sanctions on Iran that the US is now seeking would surely sabotage this historic opportunity. It is therefore imperative that the world public opinion, the international peace and justice movement, and all non-aligned countries exert pressure on UN Security Council members to defeat the US-led draft sanctions resolution. Washington needs to demonstrate it is sincere by negotiating with Iran on the basis of the Tehran declaration.

For more information or to contact CASMII please visit http://www.campaigniran.org