Are you watching a soccer game on Saturday, June 12th? 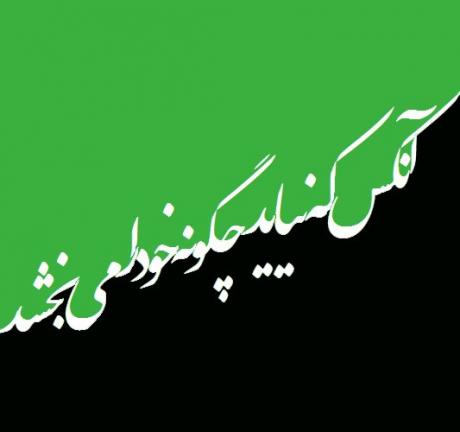 I was chatting with a friend who has for several months been working with a large group of volunteers to organize a June 12th protest event. He confided that a few of his friends have told him that they would not be attending the June 12th protest rally because there is a World Cup soccer game on that day!

I find this pretty hard to believe!

For one whole year, the Iranian government has been thinking of ways to thwart and control the civil rights movement which began with the peaceful protests of people about elections fraud. People have lost their lives over this. A group of the most brilliant young Iranians have been imprisoned, tortured, raped, and unfairly sentenced to long prison terms for this. People have lost jobs and livelihoods over this. It would have been so “convenient” to feel intimidated and to stay home, saving themselves the trouble of getting killed, beaten up, arrested, and tortured. Yet, people have come out to the best of their ability every time there has been a chance.

Getting heard is that important to some, I guess.

As thousands of Basiji’s prepare to crack down on any potential protests in Tehran,

As Basij and IRGC and police forces test their new equipment and vehicles to make sure unarmed citizens are dealt with swiftly and completely as soon as they dare to come back to the streets,

As Khamenei and Ahmadinejad and IRGC commander after commander make fresh threats to the population at large not to dare come out on June 12th,

As more arrests are made and more prisoners are put under pressure to confess to things they didn’t do,

We are the only Iranians in the world who can protest against the Islamic Republic’s brutal treatment of the Iranian nation without fear of persecution, murder, prison, and torture.

We are free to chant any words we want and to join hands to show our solidarity with our nation in Iran and to demand the release of the political prisoners.

We have a chance to become the voice of Iranian people to get their message heard by the world.
It is the least we can do to help the people in Iran.

Wherever we are, we must go to a protest on June 12th.

We must not leave Iranians inside Iran alone.

Find a protest gathering near where you live and join. So far more than 60 cities all around the world have announced their plans for protests. hamraah sho aziz.