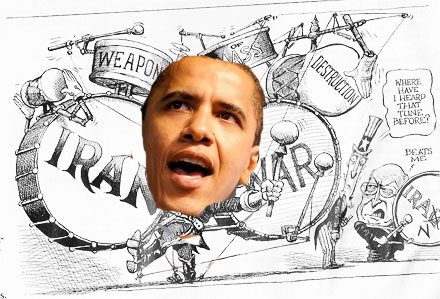 There is a story about the British military expenditure that tells about the cost of British expansion policies in the late 1900’s through the 20th century, which had been paid by the Iranian oil money. The Eastern countries have been supporting all the wasteful economic policies of Western European nations. It’s unfair policies that force Eastern puppet regimes to do the dirty mafia work for these Western government systems so they can continue supporting their countries’ lavish life styles.

The Western block foreign policies clearly note the danger of any stray nations that might accidentally or purposely force these nations to alter their unsustainable ways of living. Subconsciously therefore, most of the citizens of these countries agree with their government in that the astray nations are danger to the world. Political translation of the Western word “danger” or “astray” is alternation of Middle Eastern regimes that are slaved to the West.

Image is everything. No one should doubt the knowledge of marketing and public relations that west enjoy in creating a fabulous book cover for her dirty policies. Most regimes in the world are aware that citizens tend to look at the summary of long and boring documents and are satisfied with simple bad vs. good analogy.  Even more important factor to market an unfair policy is consideration of people’s historical forgetfulness.

Most of these policies must be followed based on security of the resources for the Western regimes. Ultimately security of these foreign resources translates into resources belonging to the West aka capital and power to sustain the lavish life styles. What makes Western foreign policy marketing work is another interesting factor: Media. Media plays an important role. A unifying and well orchestrated mechanism that markets the idea of unbiased. Almost all who follow their daily routines are subconsciously aware of these media tricks to form their thoughts, yet no one cares enough or assumes any danger to truly stand for change. Some even find it more comfortable to agree that there is no problem.

Marketing is everything. Life in our societies has change to mean marketing. In short, one can argue that marketing is life. It’s an acceptable argument and easily understood since we experience it daily. The gradual problem with marketing mentality is that the truth can’t be followed. In most political marketing the information is asymmetric. Governments know what the objectives are and citizens must trust them. The Media that is also marketing mouthpiece tends to follow this thought shaping method.
If you recall some science fiction stories where there are large monitor screens advocating government policies or rules to the crowd. Perhaps in no instance there is a story where the large monitor is at the service of humanity or the citizens. It’s an interesting observation that most of us realize what’s taking place in our world and governments.

Citizens are becoming less empowered and inversely governments are gaining momentum. Governments enjoy larger and more detailed information and the gap of this asymmetric information is growing deeper.  Those who stand against this unjust balance between the citizens and government are pushed outside of the public views. However, currently Internet is at the service of the public that many believe will change in the coming decades.

Marketing has shaped culture so that even in the free flow of information, people tend to believe their restricted source of ideological mouthpiece. West has been able to enjoy an even more powerful marketing policy campaign by using the open forums. These actions are done in artful manners and are calculated carefully similar to any ad campaign by powerful organizations.

Iran stands in front of the West in that the region is frustrated from lack of social progress. Most of the Western policy implementations have been based on Western concepts of nation building. If given a change, the regional societies would up rise against their governments for supporting unjust pro Western policies. These governments have no identity other than what has been given to them by Western regimes. When local social channels are blocked so the society’s image is calm, fanaticism rises to show opposition’s existence. Iran can certainly change the balance of regional social uprising that will come in time. This cannot be acceptable to the Western regimes. Iranian regime must be overthrown or bow down to all the demands made by Western nations.

Iran can’t be democracy and freedom of speech can’t be practiced as long as we have this situation in hand. No powerful country that is also strategically located would allow having their people voice their true concerns. This might happen in South Korea, having North Korea to deal with, but most likely Iran will be viewed differently. Iran will be viewed as an independently dangerous to the Western governments similar to China. The China model works well with Iran, and Western regimes are aware of it. However, the China model would mean that Iran would enjoy great [er] strategic benefits in the oil and mineral rich region. Most analysts would agree that similar to China, some of the Western policy implementations in the region would not fit the Iranian’s. That would make life miserable for the West.

Currently Western regimes are following Iraqi model and we all know what the end looks like. I believe that the end will be a bloody war that sends Iran and some of its neighbors back many decades. Some would argue that Iran should bow down to Western demands, and some would say that we have to pull this off as a nation. Whichever way we go, the end has been already decided for us.

If tomorrow Iran stops its nuclear activities in totality, nothing would change, as before the nuclear activities, things were similar. Western regional domination, however short will be fought by Western regimes to the bitter end and they have the marketing tools and knowledge to present the world with their peaceful nature while murdering millions for the black curse of humanity.

Stay tuned for yet another Western government’s crime against humanity in the name of peace and stability. I am certain that along these crimes committed, many would simply justify them by repeating the marketing of Western policies of humanity, passion, peace, civilized, and proper. I am certain that at the end everyone is at fault but the criminal. As you read this, crimes committed in Iraq are forgotten while we argue whether Iran should be next.

…And all these debates, essays, papers, and information on the Internet end up useless as the majority have already sold their minds to marketed civilized war machines. The rest are mostly careless as their life goes on. Only those fathers and mothers who carry their motionless bloody children on their wounded hands will be crying for justice, which will be the cover of one issue of national geographic, then forgotten again.