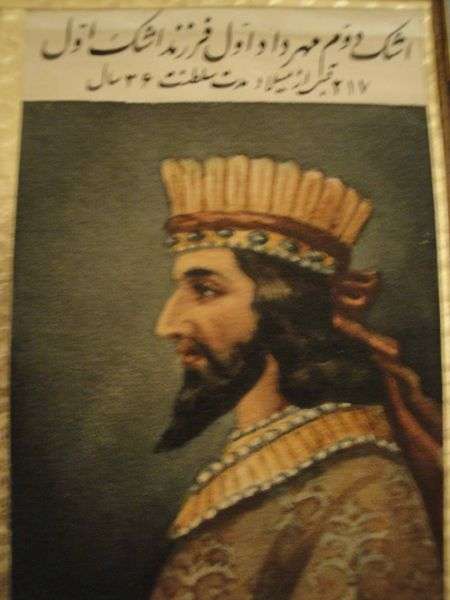 The king of Iran cried left Iran and the Bahais are persecuted in IranSorrowfully after the king left Iran with crying and other people took over his power without any knowledge and experiences, many bad things happened. The people who get the power use it for their own benefits and tried to work for themselves or their friends and families and they persecute many other people. One of them was Bahai people. We know that millions of Iranian left Iran and work in other countries, I heard that fifteen millions Iranian are drug user, millions of our youth have no work and millions of our children have no school and cannot continue their study at the universities in Iran.

One of these groups are Bahais. They are persecuted, lose their jobs and money, and lose their families, country and friends. What had happened to the Bahais in Iran was unjust and cruel. But the Bahais did the same thing to other people in the time that they were self persecuted? Is it not amazing? I know a lot of people who are misused by the Bahais in Iran now and in this condition. The Bahai write about the cruelties occurred to them, but what about the people who are misused by them?  They just ignored them. I wished that the whole world live in love and unity, the Bahai teaching is very good, but some Bahais in this condition destroyed my life and maybe the life of many other people, too . They did the same cruelty to me as that my Moslem friends did. So bad people are everywhere and the religions cannot change, sorrowfully the people to be good and nice.  I wish one day instead of the so many different names and different religions, we be human and just. The name and religions cannot make the people better?

If you refer to the history, you will see that religions could not bring Just, Love and Unity. Humanity is more important than religions. We should not persecute the people, because they are Moslems or Bahai.  We should love people regardless to their religions, nationalities or races. But some Bahai persecute you, because you are not Bahai and ignore your right and ignore the Just about you. Sorrowfully the Bahai administration system in the world is the same as other indifferent useless administration and they do not care about Just as the other administrations.  The Moslem in Iran have power and were cruel to Bahais.  They destroyed some of them. But the Bahais in Iran have not such a power and they did almost the same to me as the Moslems did, so they did the same in the time that they have no power. If they get power, may be they will be the same.  The religions cannot bring Just Unity and Love among the people, than the no religion is better. The Humanity, the Bahaullah said the same thing. There are a lot of nice people or at least natural and indifferent people in any religion, but the problem is if you trust a religion and some of the members of that religion destroy your life, the other good people do not act in your favor.  The Bahai in this condition were cruel to me, if they would have the same power as the Moslem have in Iran today, what would they do? We have a pro verb in Persian says the yellow dog is the brother of wolf? In a hope that one day we will be not cruel at all and all of us live in Love Unity and Peace together.  I wrote to many Bahais and non Bahais administrations.  All of them are indifferent, they want just to have good positions and they ignore the unjust happened to the people.  Amir