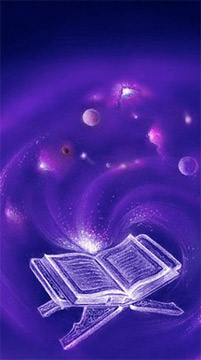 Those who search and often find scientific facts and nuggets in scriptures are not aware of the absurdity of their claims. For the simple reason that these books are ancient and having been written thousands of years ago can not keep up with ever changing of scientific paradigms.

To that end, it is shocking to realize that the scientifically established fact and common knowledge that matter is made up of tiny particles called atoms is less than 200 hundred years old. Our knowledge of the fact that our solar system is a part of the Milky Way galaxy is less than hundred years old. So is the fact that those nebulous patches of light in the night sky are but galaxies similar to our own and not other stars belonging to Milky Way.

It’s also less than hundred years that we have discovered DNA molecules and the secret behind the heredity and hundreds upon hundreds of other scientific discoveries.

So how can one claim that scriptures entailed all these scientific facts? Human’s view of nature has been revolutionized through the intervening centuries. Nothing could be farther than our current understanding of nature and the view held by those around the time scriptures were written. For “god” sake we (even Einstein!) thought universe is static up until 90 years ago just to realize it is and has been expanding for billions of years!

So the absurdity becomes clear when you ask which scientific paradigm was presented in the scriptures. If it was consistent with our current theories it must have sounded outlandish to those who lived at the time of revelations! After all they saw the heavens through the eyes of Ptolemy who synthesized and extended Hipparchus’s system of epicycles and eccentric circles to explain his geocentric theory of the solar system.” (see obs.nineplanets.org).

On the other hand if the so called scientific descriptions of scriptures matched the view of its era, it should look absurd and outdated to us. This conundrum is inevitable for those who strive to find a match between relative and ever changing theories of science and the absolute and constant facts of scriptures.

Of course the third alternative (most likely) scenario is that what amounts to scientific digression in scriptures is either limited to phenomenological aspects of nature that remain the same as far as human perception is concerned or that they are expressed in such vague and poetic manner that are subject to interpretations and in the eye of faithful of any era are considered factual and lend credence to the scripture itself! Needless to say anything that affords that flexibility is void of any value especially scientific value. As Scientific theories have to muster the rigors of experimental tests.

So for me to hear that Dr. Mehdi Golshani a respected professor of physics at Sharif University in Tehran recently was awarded a prize for his book: “Quran and natural sciences” came as a surprise. After all you can find much more solid science in a latest issue of “Science magazine” than having to revert to a holy book, scriptures are not meant to be scientific literature.

I gather this much may come to you as obvious. As far as the “facts” of nature are concerned, our understanding is evolving and there is no meaning of having them revealed to us in a holy book. It just ends up in confusion and contradiction as discussed.

But that was the “facts”. What about the “values”? Could we expect that scriptures establish certain “values” (good/bad) once and for all, valid for all times? This is more controversial than the first issue and calls for another assay.