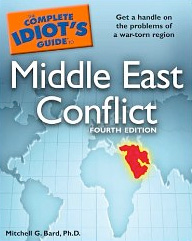 In today’s world, war is our business. In 2010 the U.S. is busy warring and pushing its imperialistic control throughout the world. We are located militarily in more nations than ever before. It takes billions of U.S. taxpayer dollars to maintain that action.

Iraq, Afghanistan, Iran, Saudi Arabia, Syria, Israel, etc., all have something in common. These Mid-East nations gladly accept our billions of tax dollars for military munitions, various goods and services, yet flagrantly they hate us.

The real stupidity is that U.S. leaders never seem to learn the lesson. We continue to attempt to buy our friendships/alliances and instead maintain and add to the list of our current enemies while driving our economy into the ground.

In our ongoing war efforts we continue to kill innocent civilians as they are viewed by our government and military as “collateral damage” and part of Mid-East warring. We have lost our compassion for human life.

We are fighting the enemy in Afghanistan, supposedly with the support, help and commitment by Pakistan; however, Pakistan is hardly the friend of the U.S.

The following article printed in UTNE Reader was originally published by ProPublica. On 7/26/2010 “The New York Times, England’s The Guardian and Germany’s published reports on what’s been termed the “War Logs”—nearly 92,000 documents about the war in Afghanistan made public by WikiLeaks. To put the leaked documents in context, we pulled together some of the best, past reporting on the main themes in the reports.” [Read more:utne.com: Thousand-Yard Stare: WikiLeaks War Logs in Context]

The so-called WikiLeaks War Logs have created some disturbing messages, some of which underscore the reality that the U.S. does NOT know who its world friends are despite the fact that we have had the same history repeat itself at least for the past century.

Most of the Mid-Eastern nations are NOT our friends, despite what we are told by government and military leadership and the majority of mainstream media.

An example should have been observed from the 9/11 travesty when all but one of the terrorists were affiliated with our supposed nation friend Saudi Arabia. However, the Bush administration did not insist on investigating the Saudi government and demanding that the Saudi leaders should be held partially responsible for the actions of their citizens. When the terrorists attack the U.S. and its citizens, very few Mid-East nations publicly blasted the catastrophe. Most were subdued in their comments and many nations did not respond to the tragedy.

We are fighting the wars Middle East nations should be fighting and we are doing so without the honest and real support of the so-called “friends” we are trying to help. As the saying goes, “With friends like these we don’t need enemies.” — The reason being that most of the Mid-East nations already are our enemies.

Our inability to make logical decisions regarding our Mid-Eastern neighbors is reflected in viewing the adage, “Keep your friends close and your enemies closer.” It is more than ironic that the U.S. still throws money, goods and services at our enemies and thinking that these nations will therefore become our friends.

We are killing thousands of military and civilian lives and wasting billions in U.S. tax dollars to continue the failed overseas wars of George W. Bush & Company and now President Barack Obama has increased the failing long-time war effort in Afghanistan. Many elite corporations and wealthy individual contractors are making millions in profits, but it is the People of the United States of American who are facing a dreadful economy, massive unemployment with no jobs on the immediate horizon, increased daily living expenses and a government and big business who just don’t care about the majority of U.S. citizens or our crumbling infrastructures.

The money sent overseas could be better spent on our own failing economy and urgent priorities. The Obama and Congress seem to listen to their wealthy constituency and lobbies instead of to the honest and reality-based needs of the American people. While many economic indicators are translated into viewing a slightly improving economy, the truth is that too many of our citizens are without jobs, homes and income. Our infrastructures and transportation needs have been shelved or poorly privatized and there is no end in sight.