What do those idiots in Tehran expect? 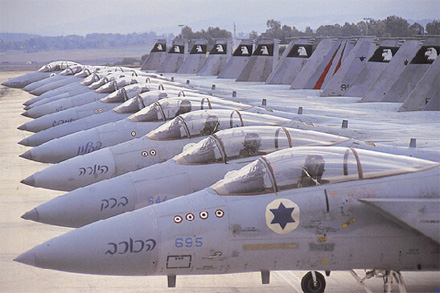 Robin [Wright] is right (forgive the pun), and Jeff[rey [Goldberg] is not, about the timeline for the Iranian nuclear impasse. Robin is wrong, and Jeff is correct, that a crisis will come unless we find a way to stop what Director of National Intelligence James Clapper describes as Iran’s “inexorable” nuclear progress.

Iran reactivated its nuclear program more than 20 years ago. Its approach has been that of the tortoise, not the hare. If Iran is in a nuclear arms race, it is a marathon, not a sprint. Even the Ahmadinejad government, which makes so much noise about Iran’s nuclear progress, has in practice been content with slowly moving forward. So Jeff is wrong to be so confident that a crisis will come within a year or two.

When Iran’s Natanz centrifuge factory was first inspected by the International Atomic Energy Agency (IAEA) more than seven years ago, the consensus among intelligence agencies and knowledgeable observers was that Iran could have a bomb in five years or less. Indeed, had the world done nothing, Iran would probably have a bomb by now. The fact that Iran is not there yet is largely due to successful Western efforts to impede the program. The UN sanctions have often been labeled “symbolic” whereas in fact they are targeted on dual-use items that are essential for Iran’s nuclear and missile programs. IAEA reports document the problems Iran has faced from lack of access to materials and technology necessary to make effective centrifuges, forcing Iran to stick with the bad P-1 design sold to it by A.Q. Khan. If we keep up our efforts, we may be able to slow Iran down for some years.

But unless we are successful at working out a deal or Iran’s reformers displace the current hardline government, Iran will keep moving forward. After all, sometimes it spurts ahead unexpectedly, as it did in 2006-2007 when it added centrifuges faster than most observers had predicted. Someday, even if that day is later rather than sooner, Iran will reach a threshold which Israel regards as unacceptable. The two cases to date — Iraq in 1981, Syria in 2007 — suggest that Israel will act when it perceives a turning point has been reached, even though there is no air of international crisis. In other words, the “forcing event” which precipitates Israeli action is their perception of risk. Robin is wrong to expect that Iran can continually forestall Jerusalem by never quite seeming to cross the threshold: Israel does have red lines.

While Robin is correct that many governments around the globe have publicly warned against an Israeli strike, the the hardliners in Tehran have done a superb job at persuading world leaders that they are ignorant, dangerous, and unbending — sporadically interested in the appearance of talks but unwilling to actually modify their course. If they choose to tough-out the obvious pain from the current sanctions, Iran’s power-holders will only confirm the view that they are a problem. In such a context, were Israel to strike, the reaction of many governments would range from “What a shame Israel had to act” to “What did those idiots in Tehran expect?” In fact, that would be the view of many in Iran.

Jeffrey Goldberg is correct that unless the current course is altered, a crisis is coming.

AUTHOR
Patrick Clawson is deputy director for research at The Washington Institute. He also directs the Iran Security Initiative, a sector of the Institute aimed at fostering debate, dialogue, and critical analysis on Iran. Clawson has worked as a senior economist at the International Monetary Fund and as a senior research professor at the National Defense University’s Institute for National Strategic Studies.