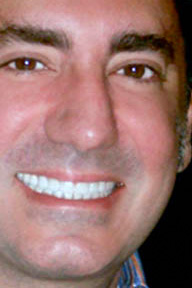 I was sorry to read your article —  “Prince Ali Reza Pahlavi Suicide: Tragic End to Iran’s Dynasty” — regarding the suicide of Prince Ali Reza Pahlavi. Despite what the political discourse on every side would have us believe about the nefarious influence of the media in our everyday life, there are responsible journalists who take their work of informing the public seriously, who review facts carefully, and finally express opinions reasonably. Then, there are the others.

Unfortunately, the hunger of some of the public for quick facts and spectacular conclusions as well as that of writers who, Barnum-like, don’t care what people say about them as long as they say something, often produce a parody of what information and informed opinion should be. This was the case with your book “All the Shah’s Men,” which read more as fiction—not very good, at that—than history, and it is the case, again, with this article.

Your book took on the Shah, an easy target, with little regard for facts. (For example—a small matter perhaps—you state that the Shah was hurriedly crowned when the Allies got rid of his father, Reza Shah. The Shah’s coronation actually took place 25 years later). The late Daniel Moynihan once wrote that every man is entitled to his own opinion but not to his own facts. You turn that statement on its head when you circumvent facts or reinvent them as fits your purpose.

Regarding Mossadeq, an important figure of contemporary Iranian history, much has been written but little has been told right. Unfortunately, your own book adds to the legend without delving into the history. Dr. Mossadeq was no doubt an astute politician, a great nationalist who profoundly disliked the meddling of Britain and the United States in the internal affairs of Iran. He also rightfully resented Britain’s extraordinarily unfair share of Iran’s wealth—its oil. Determined to establish Iranian sovereignty over the exploitation of its own resources and, it must be said, with the full support of the Shah in this one endeavor (the two men butted heads on almost every other question), he achieved the nationalization of our oil, a victory for which Iranians will always owe him a debt of gratitude. However, calling him a democrat or even say, as carried-away supporters will, that he was democratically elected, is a stretch. He was a demagogue and a populist, who was twice appointed Prime Minister by the Shah, the first time after a nomination by the Persian Majlis or Parliament, in a period of great turmoil, and the second time with full military powers which he used to establish martial law and dissolve Parliament. So much for democracy. Despite calls for his resignation by his own former allies in Parliament, he instigated a referendum on extending his powers, winning of course with 99.9 percent of the vote!

That the United States had a hand in his overthrow is not in doubt, but many other elements, mainly what was at the time the population’s sincere attachment to the Shah, played a role. The full story is far more complex and textured than usually made out to be, and a more in-depth reading, which should debunk some myths, is gradually being undertaken by contemporary scholars.

Blind admiration of Mossadeq is common enough among those who write about Iran. So is an unreasonable hatred of the Shah, who is frequently portrayed as one of the most blood-thirsty leaders in a century that saw more than its fair share of those. He is indiscriminately compared to Mao Tse-Tung, Pol Pot, Idi Amin Dada, Bokassa, and other monstrous dictators. No one will claim that all was rosy during his 37-year reign, but there can be no doubt of his love for Iran and his unceasing efforts, against great odds, to make the country take enormous strides toward progress, to help the population overcome poverty, disease, and illiteracy, to give power to women, to continue the work started by his father, Reza Shah (who, by the way, was hardly an “illiterate soldier” but a Cossack colonel of formidable intelligence, with the level of education someone with his background would have at the time).

If today Iran’s large middle class and youth remain vibrant, active, and highly educated—an island of progress and secularism despite its benighted and autocratic government—it is no doubt thanks to the Shah.

Did his single-minded dream of turning Iran into a major player make him oblivious to the importance of allowing the population to develop politically as well as materially? Possibly. But the fact is (and “fact” is the operative word here) that during his entire reign, there were about 370 executions in Iran, an average of 10 a year. (Not to be compared to the tens of thousands killed by the Islamic Republic in 32 years, hundreds of thousands if one takes the Iran-Iraq war into account.) According to Paul Balta, the well-known journalist of Le Monde (a left-leaning paper and no friend of the Shah’s), who provided this figure, a number of those executed were drug-dealers and common criminals. That may well be 370 deaths too many, but hardly turns the Shah into the blood-drenched tyrant you call him, along with his father, in your recent article about the suicide of his youngest son.

I cannot help but see that article as a low point in your career. It is not so much the baffling judgments you pass on the Pahlavis that give me pause (though what can possibly be the cause-and-effect reasoning behind sentences such as this once: “The main reason [Reza Shah]… refused to lead his country toward democracy was that he wished his son to be shah after he was gone”? I would in fact posit that the major Western countries that are still hereditary monarchies are models of democracy.) Nor, for that matter, is it your purple prose and willful choice of the most violent words to drive your points home (“self-slaughter” for “suicide?” Really?) No, what deeply saddens and troubles me is that you would use the death of a charismatic and much beloved young Iranian, mourned not only by his family but also by many of his compatriots, to further establish your credentials as an informed and unbiased journalist. I am sorry to say that you are quite simply neither.