For 25 Bahman, Let us Remember Ehsan 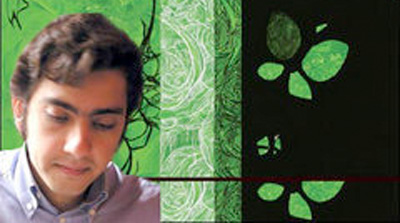 I am certain many of the regulars on Iranian.com recognize the name Ehsan Abdoh Tabrizi. A piece written by Roya S. entitled, “The Plight of Ehsan Abdoh Tabrizi” was published on 12 August 2010 which outlined the case of the Durham University PhD candidate who has been incarcerated at Evin prison. If you haven’t read the piece, here it is:

Unfortunately, Ehsan’s situation has not improved. Ehsan was recently sentenced in January of this year to seven years in jail for “insulting the leader”, “having links for foreign elements” and taking part in protests. Many of his colleagues and friends at Durham University, Essex University, and University of Leeds have been instrumental in publicizing Ehsan’s case and in finally getting the attention of Amnesty International to pursue this case further.

Of course, along with the gross human rights abuse side of Ehsan’s story, is the other side of the story- how Durham University has displayed a shocking lack of care regarding Ehsan’s case. The Palatinate, Durham University’s student newspaper, citing Roya S’s piece on Iranian.com, once again raises issue with how the Durham University obstructed and “reprimanded privately or shunned” colleagues who questioned the university’s stance and the duty of care to a student that the university was responsible for. You can read more here:

Recently, Durham University’s defunct Centre for Iranian Studies (CIS) was the subject of a Wikileak report that shows the CIS of not only using IRI funding for conferences and workshops, but also, US funding designed in part to promote regime change in Iran.  As Ian Black of the Guardian reports, “The [US] embassy was impressed by the “political cover” among contacts within Iran and Durham was apparently able to generate, even allowing it to invite an academic and cleric associated with the Revolutionary Guard. And there was praise for an “innovative and arguably groundbreaking proposal” (needing £57,000 in funding) for workshops for students from seminaries in Qom and Mashhad with US and UK academics, to emphasise themes of human rights, democracy, accountability and rule of law.”

Black also mentions the anger that students have over how Ehsan’s case has been handled by Durham University. Likewise, he also echoed the concerns of many students who are deeply concerned that their university was providing “publicity and legitimacy” for such individuals as extremist religious authority, Ayatollah Mesbah Yazdi. It has finally been revealed that US funding was also responsible for Yazdi’s visit. You can read more here:

PrevPreviousWill Iran change heavy-handed tactics against pro-reform protests?
Next3 down, 12 more to goNext