No Opposition. No Justice. 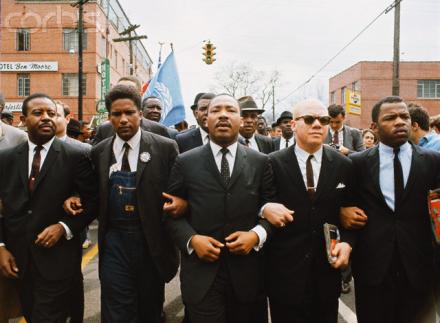 Once again, the strange habit of doing things in an inherently flawed and inelegantly designed “Iranian Method” has shown, again, that our stubborn insistence on departure from tried and true, time tested and proven, methods of political and social reform, won’t ever work.

Yet we keep doing the same thing over and over again, and like a tangled Roomba robotic vacuum cleaner stuck on that nasty white fringe string of a Persian Carpet, keep “Zooring” for nothing.

Metaphors like the Definition of Stupidity (“Doing the same thing over and over again and expecting a different result”), or The Difference Between Genius and Stupidity (“Genius has it’s limits”), or my personal favorite, “Egotism is the anesthetic that dulls the pain of stupidity.”, all apply to the Iranian approach to this relatively simple problem.

In our case our stupidity seems to be in the “Magic Solution”, almost everyone seems to think exists in ridding Iran from the Supreme Leader and the entire concept of the Velayateh Faghih system that is firmly topped by the weight of the Prophet’s stone, then locked by the Prophet’s belt of Chastity, and finally sealed with the Prophet’s soon to be announced Nuclear Arsenal of Allah.

Our level of stupidity now has reached an extra 11 on the scale (out of 10) as we enter the phase of Total Enlightened Delusion, with this concept of the “Magic Solution” that virtually everyone seems to think exists.

Namely that Iran will, and can reform without an actual freely organized opposition.

Many have put far too much faith in Karroubi (a mollah) and Moussavi (a former cog of this incestuous system). Apparently I was spewing heresy when I refused to vote in the last election. Called a traitor (a proud moment at the time, and now an outright honor!) when I made the argument that it was in fact the duty of every Iranian NOT to vote in the election, precisely because it wasn’t one, if the choice between Mahmoud and Mir-Hossein were being dictated to me by DJ ALI-K.

You see I prefer other music to Gangsta-Ahmadieh-Rap.

But back to our stupidity and current level of deluded self indulgent misplaced optimism.

Here’s where we are today, and tell me you can’t believe it.

We have brilliant minds like Hamid Dabashi, Abbas Milani, I will throw in Khoeini just from the size of his balls, Trita Parsi, Reza Aslan, and possibly the best we’ve got, Omid Memarian, just to sprinkle some youth-juice on the bag of mixed nuts. And I’m sure you can add in no less than 50 more of the brightest minds in the territory that we will call “Free-Iran”, which although is mostly located in the US, is actually more of a State of Mind, than any actual State.

But, these geniuses are also in some ways the Elite Guard of the Stupid Brigade that we have mustered against the enemy of freedom and justice, the Outright Imbecile Corps.

Our bright halogen bulbs that are mysteriously flickering at bare candle strength, seem to all espouse and agree on various levels of belief in the “Magic Solution”.

Instead of standing up and creating a coalition of thoughtful opposition, one that analyzes and dissects every cockamamie Faghih idea that the Velayat can utter, and proposes an equal and opposite answer that needs to be delivered like a good slap in the face, they are wasting their precious ivy league educated breaths writing books with the word “Pomegranate” in the title, and giving “Green” titled seminars, and offering “Strategic Perspective” analyses to CNN, the Daily Show, and other useless commercial media, in hopes of what? Getting invited to the Oprah show? What? Money? Dudes, wake up, there is no money either. Well not big money anyway.

Facebook page upon Facebook page now offers Iranians dizzying amounts of posts, blogs, and “reports” by self appointed “reporters” not on Iran, but on the up to the minute progress of the Egyptian, Libyan or Bahraini protests.

Sadly all of this is I hope you can now see, useless, but nevertheless ample fodder for my liberal use of the word “Stupid” in this even less than useful piece. Because I know, that once again, I am pissing in the wind. Although it feels more like vomiting in the wind.

Here’s the deal. We need to stop deluding ourselves that Iran has a “Magic Solution”. Like Santa Claus and Amoo NoRouz, there is no Magic Solution. There is only Truth.

The Truth is Iran cannot today, nor tomorrow, nor the next day change under this system of insane zealots, that thinks everyone else is crazy. If they think we’re crazy, and we think they are crazy, we’ve a got a bigger problem, than waiting for peaceful reform to change the game.

To change the game you have to show the other side that you are equal to the challenge. The challenge is that a real alternative to this form of government exists, is espoused by a large group of Iranians, large enough in alternative ideas, answers, better solutions, and in actual numbers to make a real play for power.

The internet is a good way to show strength in numbers. But ideas and counter arguments to the currently objection-less retardation spewing like unregistered bovine jiz from the brainless heads of Iran’s technically least experienced and even less qualified Jurists, are nothing without an organized opposing group that stands together and stands firm on nothing more than a single priceless principle, Freedom.

If the Dabashis, Milanis, Parsis, Aslan’s and Memarians see themselves as the Kings, Cornell Wests, Mandelas, Malcolm Xs, and Hunter S. Thompsons (No wait! I want to be Hunter S. Thompson!) of Iran, they need to put arm in arm and start marching.

I would even start this march in symbolic Selma, Alabama, the real Birthplace of Civilization. If you ask me.