On the Origin and Nature of Patriarchy (4) 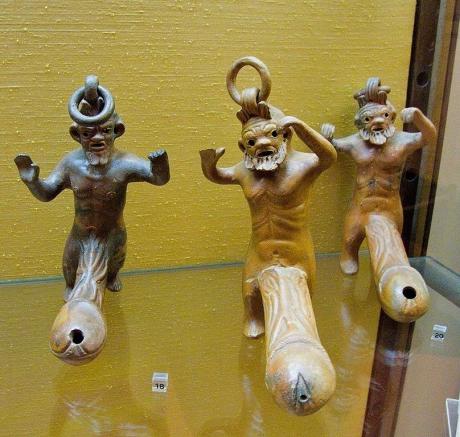 The Dialectic of Fatherhood (Contd)

* Man, and child that could be not his;

* Woman who works to bring the child into the world, and man who is free from the procreative work;

* Woman whose integration in the natural process and in the genetic time is confirmed by the procreative work, and man who is separated from the biological continuity;

* Man, and other possible biological fathers, other men.

As I’ve said before, historically, men decided that they should take an action which serves as mediation in this series of oppositions. Their mediating action was usurpation of the child.

The social forms of paternal usurpation tried to support the male exemption from procreative work and freedom of acknowledging the child or not, which are inherent to the alienation of semen, while they also publicly proclaimed the certainty of the father’s specific right over the child. Such social forms expect a cooperation between men, a fraternity among those who resist a natural alienation perceived as unjust. This cooperation is political; it institutes social and legal controls to guarantee the male freedom and integration in procreation. The fundamental method of creating social paternity is the establishment of the separation of the public life and private life, a separation that has been possible by the factual alienation of male from nature (because of the alienation of semen from him.)

The separation of masculine sexuality from whole process of procreation is the material foundation of the male domination. Men value the role of sexuality in the process of procreation more than the immediacy of the sexual gratification and pleasures of copulation. For men, sexuality has, in social terms, a symbolic value confirming inclusion in the genetic continuity and the double freedom of paternity. The fact that inclusion incorporates exclusion is therefore at the heart of the doctrine of Potency, Potency which rests on a natural ambiguity. For men, sexuality, more precisely copulation, is the basis of the free right of usurpation called fatherhood, a power over women and children as well as over the time. By the time, I mean the discontinuity of the masculine time in the process of procreation as well as man’s limited lifespan. Copulation becomes the basis of fatherhood, which not only overcomes man’s discontinuous consciousness of time, but also extends his life through his male children. It brings immortality in a sense.

Historically, separation of men from the biological continuity and their discontinuous consciousness of time led them to create principles of supplemental continuity, which they could control. These principles operate in public and private domains under male control and are limited only by men’s creative imagination. The problem of continuity in time is a political problem, the pursuit of a chain of transformations that transcends the length of individual life and allows in a way to regenerate oneself. The principles of supplemental continuity call, at material level, upon biology, that is to say upon linear time, and appear in all modes of affiliation such as patrilineality, patriarchal monarchy, the Greek deme(*), etc. These principles call, at metaphysical level, upon idealised forms of continuity such as the notions of eternal life in paradise or in the bosom of a unique and eternal God, which are elements of theocratic formulations.

All in all, by analyzing the dialectic of social paternity, the following components, which are all related to the social involvement of man in the process of procreation, have been conceptualized:

2. Separation of public and private.

4. Organic and metaphysical principles of continuity.

I will elaborate more on the dialectic of paternity in a future article.

*) In Greece, since the reforms of Cleisthens in 508 BCE to acquire citizenship, the propertied men and their sons ( mothers and daughters having been absolutely excluded), had to be inscribed in a deme, which they remained citizens during all their lives, no matter where they lived.