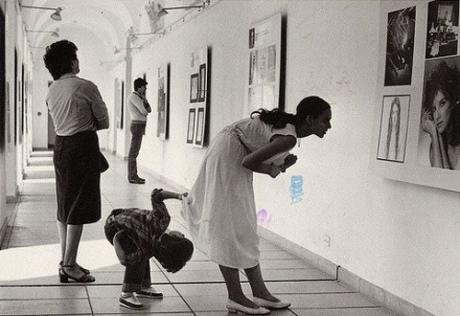 We Iranians have the best French accent, even if we haven’t taken any French language courses! We can say “Jaghoor Baghoor” and people think that we are speaking fluent French!

In my third year in college, I looked at the long list of the classes that I could take outside of the math and science courses and they all looked scary; English 201 with Dante’s Inferno, The Bible and, War and Peace, or the History of Civilization with lots of books and papers. So I decided to take a French class instead. I had already taken the first semester French and got an A+. My American teacher was so impressed because I could say “Mademoiselle” better than anyone else in the class! French words flew out of my mouth like I was born in Paris! Little my French teacher knew that in Farsi we used many of the same words!

So I decided to take the easy route and took the second semester French. The teacher was a 30’ish blond French woman from Paris. She was attractive, but with all the French attitude! On the first day of the class, she sat authoritatively in front of the class of mostly women liberal arts students and read our names one by one and asked the students some simple questions in French, and when it came to me she said, “Faghamaghz” and asked me where I was from. I said, “Je suis Perse” (I am Persian), and I could immediately tell that she was going to be hard on me and give me the whole French superiority BS!

The semester was going along and I was spending as much time as I could on my French, but my priority was my science courses. I was pulling a B in my French and my teacher was not happy about it. Then came the finals. For the oral part of the final exam she said that each student should select a passage or a song and recite it in front of the class, like we used to do in the composition classes in Iran, “Elm Behtar ast yaa Servat!”

The night before the oral final, as I was struggling to find a French passage or song, all of a sudden I thought about George Moustaki’s romantic song, Nadjejda (clip at the bottom). He had the perfect fireplace music and the American girls fell for it like you wouldn’t believe! They would ask me and my buddies to translate the lyrics for them and we would make things up like verses from Hafez and they would say, “Wow, how romantic, I love a man who loves poetry!” Women are so gullible!

Nadjejda was a simple song without complicated words and the best part was that the lyrics were written on the back of the album! I rehearsed the song several times and tried to sing it like George Moustaki! In the morning, I even sang the song a few times in the shower. I was ready for Ms. Monique!

When she called my name, I got up there and told her about the song and then started singing. Once in a while, I would look at her and try to do my best Moustaki imitation! When it got to the part, “How much longer without seeing your body? How many summers how many winters?” she turned red! I had not really thought about the lyrics and what they really meant. I just wanted to get the assignment done. But she thought that I was in love with her and had chosen that moment to express my feelings in front of the class! Her eyes became soft and she almost melted on the chair!

There is nothing more beautiful than watching a woman melt in front of your eyes!

Here is what I have learned about women. Most women have two extreme temperatures, the boiling point and the melting point! The boiling point is when they are really mad at you and no matter what you say or do; they just want to kill you! In that situation, you better just sit there quietly and take it, until they cool off. And heaven forbid if you try to lay out your line of reasoning or defense!

The other extreme is the melting point! That’s when they have decided, for one reason or another, that you are the special one and no matter what you do or say, they just give you that look and they melt in your arms! Ms. Monique was melting in front of me!

After the class, when I told my roommate’s girlfriend Mina who went to Iran-Swiss school in Tehran and was fluent in French what had happened, she burst into laughter and said, “Do you even know what you just sang to your teacher?”

I was so embarrassed! All I wanted to do was to pick an easy song and get a good grade, but it sounded as if I was madly in love with my French teacher!

A week later, I went to the French Department to check my grade. The door to her office was half open and my written exam was sitting in a pouch outside her door. She had given me a B. George Moustaki had not helped me at all!

I knocked on the door and went inside to say hi. She seemed very nice and relaxed, unlike when she was teaching the class. She asked me about my summer plans, Iran and what I do on my spare time! We chatted for a while and then I told her that my friends and I are celebrating the end of the semester at such and such place and asked her if she wanted to come and join us. She smiled and said she would if she could get away!

She showed up at the place on the Friday afternoon looking incredible. My roommate just said, “Wow” as I introduced her to the boys! She wore simple light white pants and a white shirt. She seemed very relaxed and at ease, nothing like the way she was in the class. We had a few sangrias and danced a little and then she gave me that look that said, “kiss me you idiot!” I have to confess that it took me a while to overcome my shyness and actually respond to that look! But respond, I did!

A while later, we were sitting in my car in the parking lot kissing and caressing. Her eyes were closed and she was whispering words in French that I didn’t understand. I was just sitting there admiring her, with the shift gear and the hand brake in between us! Her body was just oozing out of her clothes and I was thinking that she was my French teacher! I just couldn’t believe that!

I don’t know for how long we were there, but when I finally asked her to come to my place, she turned slightly serious and said that she had to leave! I just wasn’t sure what to say next. I did not want to insist and my pride would not have allowed me to ask her for a second date. So I just sat there and watched her fix her clothes, looked in the mirror to make sure that her hair was fine and then she got out of the car. She waved goodbye and got into her car and left.

I went home with a slight pain in my lower abdomen!

Nadjejda by George Moustaki followed by the lyrics in French and English translation.

Nadjejda, Nadjejda,
En amour c’est peut-être absence (In love it may be absence)

Combien de temps encore sans voir ton corps? (How much longer without seeing your body?)
Combien d’étés combien d’hivers? (How many summers how many winters?)
Combien de saisons en enfer? (How many seasons in hell?)

Nadjejda, Nadjejda,
En amour c’est peut-être souffrance (In love it may be suffering)

Trop vite ou doucement (Too quickly or slowly)
Passe le temps (Time passes)
Nous en restera-t-il assez (We will stay there quite)
Pour un jour tout recommencer? (For one day all over again?)

Nadjejda, nadjejda,
En amour c’est peut-être patience (In love it may be patience)