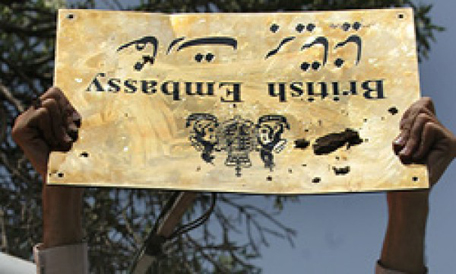 Documentary in which writer and journalist Christopher de Bellaigue explores the fraught but often surprisingly intimate history of Britain’s relations with Iran, and asks why Iranians think that if something goes wrong in Iran then Britain must have something to do with it.

De Bellaigue has lived in Tehran, speaks fluent Persian and knows well the phenomenon of ‘Uncle Napoleonism’, the notion that the cunning British are ‘out to get you’ that has been a common attitude in Iranian society for 100 years.

He looks at some key events in the relationship, notably Britain’s role in the overthrow of several Iranian governments, its control of Iran’s oil and the on-off support for Iran’s democrats.

Meeting prominent Iranians, including Uncle Napoleon’s inventor and others with direct knowledge of these events, he examines the foundations and justification for these Iranian suspicions and asks if they are still there after 30 years of isolation.