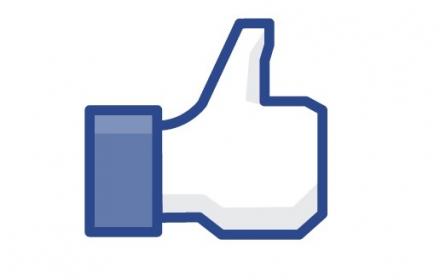 Not being one for holding back my turrets syndrome against anything absurd, I am now fully against Facebook, and have left for good this time.

I think. Pretty sure. Maybe.

Iranians though, seem to be on it a lot.

I’ll toss some Ahvazi-naft on the fire right away and suggest that first, Iranians love anything free, second they love anything trendy, so that’s why I think Iranians are on Facebook.

Which we will now refer to as Spacebutt.

But, aside from just being the most annoying and conniving site, let me present the main reasons why I left Spacebutt, and why I think many like me will follow. Or not. I don’t care really, I have enough friends. And who was it that said something along the lines of, “…all you need in life is one good friend…”

You’re not actually my Friend. A real friend is someone I confide my deepest, darkest secrets, wants, desires, fears, and failures to. Someone I rely on for counsel, confidence, and cooperation. A Friend calls me to talk. Talking is where we move our mouths and sound actually comes out. As opposed to what a lot of people do now as well, which is texting (look for my upcoming article entitled “How I Killed My Cellphone.”). Friends though, I meet physically, and always seek them out positively, socially. Friends that don’t live near me or have moved away for work or life, I email.

Email consequently, is also free. Well pretty much. For now.

Spacebutt, creates an alternate to real life, that I simply resent frankly. Spacebutt makes you choose who to Friend and Ignore. And you have to do it publicly. Here’s why I say publicly:

If someone wants to be your Friend in real life, they ask by not asking. They “earn” your friendship. In real life, becoming a friend is a gradual process, requiring several real interactions and lots of tests.

You don’t just walk up to someone and say,

“Hey, I heard you are friends with so and so. Since I just feel like it, and want to be your friend now too, and since I am asking you right now, can you stop whatever it is you are doing, and even though you don’t know me, just go ahead and confirm my request to be your friend, so that I can tell everyone that I am your friend? Can you do that for me? Now? Huh? Huh?”

If Spacebutt wanted to be more like real life, they would have a “Fuck Off” button for that scenario.

But no, you don’t do that. You are forced to Ignore the request publicly to this pathetic person who just wanted to be your friend, so they could tell someone else about it. The humiliation as you ignore their request, and the sadness you feel as you imagine breaking their heart, utterly stupid!

Spacebutt makes this public by putting you in the position of Accepting, or Ignoring the unwanted, etiquette-fouling Friend requests. Spacebutt also deludes and desensitizes you to rejection. Being Ignored isn’t actually humiliating anymore.

To turn down a friend request, is a very unsociable act and breaks every social standard and norm of etiquette and common civilized manners.

My theory is that Mark Zuckerberg, from now on called Zuckface, built this in order to be able to tell everyone at Nerd-Central that the HighSchool Cheerleader he had the hots for, is now his friend, and he didn’t want to give her the usual “Fuck Off!” way of refusing.

If you accept the Friend request you are stuck with a Friend that you don’t really know, and since you didn’t test them, most likely will not want. OK, so it gives you a chance to get to know them. But it’s not organic, and who wants unsolicited friendship? Really?

Now, admit that you too, have “Friended” more than you have “Ignored”. Now, also admit that when you finally “UnFriend” them, it was both a relief and a deep sense of cruelty.

Spacebutt is mostly for promoting yourself: (admit it)

Every ounce and fiber of the features on Spacebutt, are specifically designed to enable you to promote the brand of YOU. A perfect you that you always wished and wanted to be. No surprise therefore, that the profile pictures are from 5 years ago when you looked decent, or especially that off-shot pic of you that looks off-angle enough to make you look kind of like Googoosh in the 70’s. And God help us if you know how to use the touch-up palette on Photoshop!

All Pictures posted on Spacebutt, are only the perfect ones, the best of times, the best vacation shots, the kids always happy, your son taking out the the prettiest girl to Homecoming, your daughter the very image of innocence and purity. Everything is Happy! Happy! Happy! And everyone is “Doing Great!” Which is why the comments posted on your pics are almost always, “Looking Good!”, “Too Cool!”, “OMG! What a Heartbreaker!”

Meanwhile, the same son, on his own Spacebutt gallery shows him at the after-after-after-party too much to drink, cigarette dangling from his lip with the same girl who now looks a lot sluttier than she looked on Mom’s page. And little sister’s page has a posted video of her freak-dancing with the entire football team. Mostly the comments by their “Friends” contain the words “Hit” and “That” and “You Know it!”. And the odd “Dawg!” or two.

Finally, advertisers are told that Spacebutt is the ideal advertising medium. Which it absolutely is, if you intend to advertise to teenagers under 18, single people with confidence problems, and Mom’s over 40 with absolutely no life, but with a smartphone app and/or high speed WiFi, bored at home or work, after another Latte.

So if you are looking to target your wares at the “Self Obsessed” demographic, Spacebutt is for you!

Although be advised no one, but no one is on Spacebutt to ever buy anything. That’s what Amazon is for. Especially since I’ve built up my account to “Free Shipping” status, I’m not ever going to buying anything from anywhere else, forever.

Spacebutt is only good for that much needed, much sought after, highly prized “ME!” time. And nothing but nothing comes between ME and more ME!

Hey, I should Tweet that now to all my “Followers”!