How Come Massy Tadjedin Is Not Well Known?! 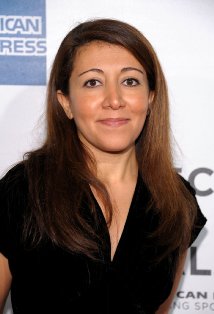 I just finished watching the movie “Last Night” and at the end, was pleasantly surprised to read that it was written, directed and produced by Massy Tadjedin, an Iranian-American young woman. Mind you, this was no student film either! Oscar Nominee, Keira Knightley and Sam Worthington (of Avatar) played the main characters.

I then checked her out at IMDB and was further surprised to find out that she had written another movie script: “Leo“, played by award winner Joseph Fiennes (Shakespeare in Love) and Oscar nominee Elisabeth Shue (Leaving Las Vegas).

How come we don’t know Massy Tadjedin?!!!  I think we should recognize, support and promote Iranian-Americans in all fields.  Ponder upon other minorities in the community and see whether I am right or wrong.  Are those, who have each other’s back, more successful or those who don’t (not to mention the ones that stab one another in the back).

We ALL know how difficult it is to get “in” the Hollywood doors.  Somehow, she (or her writing) has been impressive enough to attract the likes of Knightly, Worthington, Shue and Fiennes.  I hope it attracts YOU………..

My blog at Nahzi’s Corner