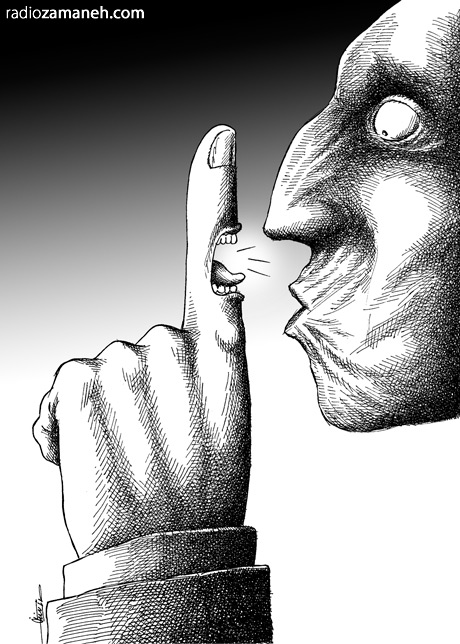 I am sure you often wonder why our population hates you and why you have to create your own special gang of “Khavass” from within our most intellectually challenged group of the population (the Ommat), so you and your family could have some kind of social encounters in Iran!!!   The reason the nation hates you is not religion based as you may think!!  The reason has to do with two factors…..Freedom and Iran…. things with which you can’t relate….hence the reason of what I am writing here.   You see my un-feared, and often ridiculed dictator….there is a difference between being SAFE and being FREE.   You may feel safe in your cocoon these days – but ask yourself if you are free?   You see – when you take freedoms away from people – you yourself become less free.   Not only you have very little freedom inside Iran – you have far less of it outside Iran, especially the freedom to exist.     I wonder if you thought everything well through when you accepted this role years ago?   A role that required deprived Iranians of basic freedoms and many rights.   You have assaulted our most obvious privacies, suffocated our rights to free speech and insulted our views and culture, and what are you left with?   A nation of so called Shiites who with the exception of a few well paid goons would not lift a finger to help when you and your whole Shiite world are in trouble they are these days.   Next time you have time to think and are not naasheh….think about who is hurting you the most, who has applied the biggest assault on your freedom inside and outside Iran – and if you are smart, you will realize it is the same group that put you up as the so called supreme leader of Iran, on top of a nation in which even the average intellect is smarter than you.    How does it feel these days, when your biggest enemies are making huge profits off of you, presenting you as the villain causing so much hike in gasoline prices and making you into a tiger which if nobody else, we know it is made of paper.

But here is some good news for you A-sed-ali, people who brought you to power (as you know it is neither America or Israel) are the biggest enemy we Iranians face outside Iran, hence those of us who have been forced to live outside Iran are still fighting them, some of us without even knowing it.   It is a fight in which we have only one weapon and that is “righteousness”.     It is a fight we almost must fight as a second nature, because the enemy assaults our righteousness, as they did in Iran (in 1978), and as they are trying to do in other places around the world these days.    Next week the enemy is starting yet another assault on our culture here in America.   They have invested $millions on a new series called “The Shahs of Sunset” in which they paint all of us Iranian Americans as the material driven, ungodly, immoral, lazy creatures that you have around you……but as I said – we have righteousness on our side, and will never lose to assault on our culture, especially if it comes from a places like Hollywood!!

So Sed-Ali, next time you plan yet another assault on the Iranian culture, know that it is the only tool your own enemies fear the most, especially the ones who live in Riaaz!!    Also, when it comes to righteousness, don’t think too hard….focus on simple things such as freedom, basic human rights, freedom of religion and from religion,……