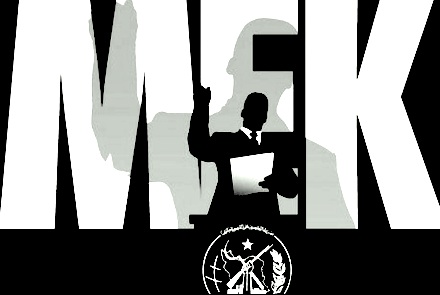 The State Department, according to a report in the Wall Street Journal, is poised to do something that could increase the chances of war with Iran.

We’re in the midst of negotiations with Iran, trying to keep it from building a nuclear bomb. Within Iran there is disagreement about how hard a line to take in the negotiations. Obviously, all other things being equal, it would be good to strengthen moderate voices within Iran and undermine hardliners–particularly hardliners who want the talks to fail altogether so that Iran can proceed to build a bomb.

Here is part of the narrative the hardliners are pushing:

Iran needs nuclear weapons to defend itself. It is beset by enemies. The Sunni states would love to overthrow our government. Just recall that Iraq, when it was a Sunni-run state, attacked us, starting a war that killed hundreds of thousands of Iranians. And note that Sunni states are currently trying to abet the overthrow of our ally in Syria–just one domino away from the fall of our own government. And don’t forget about the American-Zionist axis: prominent Americans and Israelis openly call for regime change in Tehran, and we suspect that this is the secret goal of the Obama administration.

OK, so that’s the narrative that we don’t want to strengthen–particularly the America-Zionist-axis-is-bent-on-regime-change part. Here, then, is an example of something we probably shouldn’t go out of our way to do: Take an Iranian-exile group that is devoted to overthrowing the Iranian government, and that has long been on America’s list of terrorist organizations, and give it our seal of approval by taking it off that list.

That would be stupid, right? Yet that’s what, according to today’s report in the Journal, the State Department is leaning toward.

The group in question is the Mujahedin-e Khalq, or MEK, which got onto our list of terrorist organizations decades ago by, among other things, killing Americans.

Now, if MEK had, as it claims, left its terrorist ways behind, this “delisting” of it, though geopolitically unfortunate, might be legally or morally defensible. However, within only the last few months, according to NBC News, MEK agents have murdered people by placing bombs on their cars.

The murdered people were Iranian scientists, and the assassinations were apparently orchestrated by Israel–facts that may raise MEK in the esteem of some Americans. But that doesn’t make the killings any more legal or less terroristic. What it does do is make them very powerful talking points for Iranian hardliners who want to derail negotiations by warning about the American-Zionist axis: “America embraces Israel’s proxy anti-Iranian terrorists, terrorists who openly favor regime change in Iran, and then tells us we don’t need a nuclear deterrent to keep us safe from America and Israel?”

There’s more bad news: the campaign to delist MEK is well financed (the source of funding is unclear), and includes paying large speaking fees to influential American politicos–transactions that tend to be accompanied by these politicos suddenly saying nice things about MEK. And for all we know the people funding this scheme would be willing to make big campaign contributions to a sufficiently compliant Obama administration.

The good news is that the final decision may not be imminent and could be months off–and will probably be made by Hillary Clinton. And surely she knows that if she caves in to the political pressure being mustered on behalf of MEK, she’ll be guaranteeing herself a place in the diplomats’ hall of shame.

First published in The Atlantic.

AUTHOR
Robert Wright is a senior editor at The Atlantic and the author, most recently, of The Evolution of God, a New York Times bestseller and a finalist for the Pulitzer Prize.