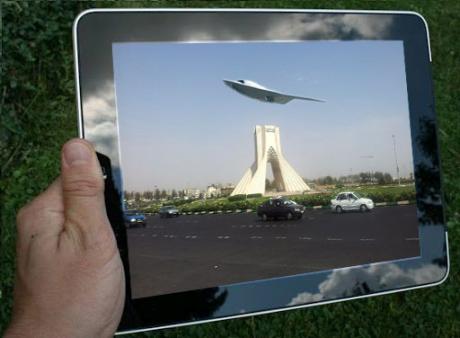 Because technically, according to the sanctions laws, sending a missile, or dropping a bomb, or shooting a bullet, or especially uploading a computer virus would amount to sending “Vital Technology” to Iran.

Iran’s ability to deconstruct, reverse engineer, and figure out how shit works, is greater than the ability to counter that.

I heard that Iran has figured out how to fly the captured drone, using a captured iPad.

Any sanctions other than prohibiting Iranians from drinking Coca Cola products with their 90cm Kababs, is pointless.

A Coca Cola Cork on Iran might in fact do what none of the sanctions so far has been able to do. Namely to bring the lower class and middle class together in order for everyone’s dissent to dissolve and combine into one full on outrage that each on its own is simmering separately now.

This is also the leading theory on why the Green Movement fizzled. It apparently ran out of “Gas” (carbonation).

Especially the “Targeted Sanctions” which are supposed to affect the personal wealth of the IRGC, who have so far managed to outsmart them quite easily, is an insult to the middle class and lower class Iranians that the US ought to really be prodding and poking and stoking into a fire.

Because by poking and prodding the IRGC, the US is only making them take it out on middle class Iranians, by raising prices on them. The middle class don’t often have the khutzbah or guts or frankly the numbers of folks on the street, necessary to rise up on their own. Any uprising needs the sheer numbers of the lower class.

The IRGC knows this, and keeps the lower class fed with stunningly bountiful social welfare programs including simple cash, that would make the Tea Party choke on its biscuits and set Nancy Pelosi’s hair on fire with jealousy.

Banning Coke won’t harm anyone (except Coca Cola which is why Coke is not on the sanctions list), but it will infuriate Iranians across the middle and lower class, as the latest insult that the Government of Iran has now foisted on them.

Ask any middle to lower class Iranian on a hot Tehran summer day, if he would rather have an ice cold Coke with lunch, or if he would prefer nuclear “power” and “isotopes”. If he doesn’t reach out and slap you across your fat face, I will, well, buy you a Coke to hold against your red cheek.

Not knowing this, is a directly result of the US not having an embassy and therefore a clue, in Irangeist. Hey wait… Or Cuba! Or North Korea! Or Pakestan! (No, I know they technically have one there but…)

The purpose of an embassy is to help you UNDERSTAND the country, how the people think, what they really want vs what their government says they want, how to talk to them, and “so on”.

[Note: Insert any sort of covert, spying, intelligence gathering, people to people, sports, music, cultural exchange programs, or any other nefarious activity you want to try and get away with, in place of “so on”. But, no embassy = no “so on”]

And it also helps you to see how their government works, or in the case of Iran, doesn’t work. Just in case you need to talk to someone in the government about something.