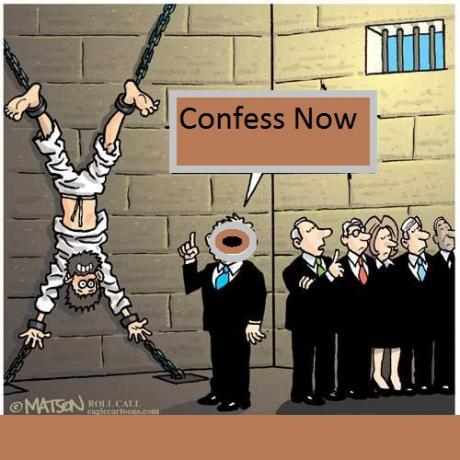 God knows how hard I tried to hide my identity on this website, but this man, Dai exposed my identity here on this websites that is viewed by millions of people and translated into hundreds of languages, even the dead languages (for the benefit of dead people).

It all started when Dai contacted me and asked me to contribute money to Mariam Rajavi for her wedding night. He was asking for a large sum of money or else he would expose my identity on this website. Since I had spent all my money and NIAC budget on gambling and womanizing, I could not afford paying him.

I contacted IRI’s embassy (unfortunately I cannot reveal its location for obvious reasons) but they turned me down due to the stolen billions by the ‘Aghazadeh ha’ and the gang that took the money and ran away to Canada. I had no place to go so I went straight to my connection in CIA and asked for financial help. They asked why I needed the money and I told them the truth and they were very understanding but said they had already made their contribution to Rajavies’ wedding and had no more funds available for that purpose. They promised me they would talk to Mrs. Hillary. I waited a long time but did not hear anything from her either.

I went back to Dai and told him the story. He came back and said “then you have to ‘Hijack the Anti-War Movement’ among Iranian Americans”. I used all my power, connections and intellect and went there and ‘hijacked the anti-war movement’. But, he was not happy, he had expected me to turn them on to the benefits of war not the benefits of peace.

I don’t know why he does not like me? Is it because I am a Zardoshti? I started to grow a goatee to look more Islamic looking. I went to see him again but he said ‘you look like Vladimir Ilyich Lenin now’ and threaten to expose my identity on this great website. I went back to him again. He came back with a new demand: ‘You have to advocate for a regime change or else!’ So, I did go to work and did my best to get more votes so there would be a regime change from Republicans to Democrats in the United States. He was furious! He told me a regime change in Iran not U.S.A.!

I told him how could I change Iran’s regime? I don’t even live there! So went on and exposed my identity on this website, I’m ruined now.

Now, I ask you the good readers of this website and you the Iranian Americans to be the judge.What else could I’ve done to keep Mr. Dai satisfied? Now that my real identity is exposed , I like to ask for your forgiveness and I promise not to create another user name ever again on this wonderful website. Please forgive me as you know I’m in the middle of organizing a conference in Washington. You are all invited to come, I’ll buy you lunch even if I have to borrow the money from Aljazeera TV.http://www.niacouncil.org/site/PageNavigator/2012LeadershipConference.htmlWith Best Regards,Trita Parsi, aka, Iraj Khan

Postscript: In reality my real name is Iraj and I am not Trita Parsi but I wrote this piece in response to another blog where it was claimed that ‘Mr Trita Parsi has been writing praises of himself using the user name of ‘Iraj Khan’ on this website’. As a result of that blog Mr Parsi’s character had come under attack by the ‘Starve and Bomb Iran’ commentators. Trita Parsi is an Iranian author who recently published the book called A Single Roll of the Dice: Obama’s Diplomacy with Iran. He is also one of the founders of National Iranian American Council (NIAC): Home