Weapons Do Not Make Iran Invincible 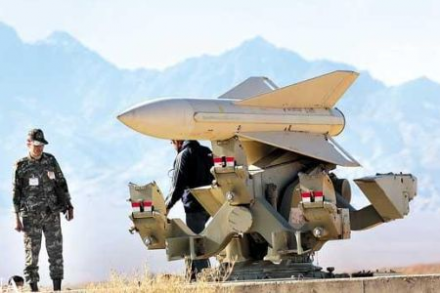 An article published in the Kashmir Observer (“Iran: US, Israeli Bases Not Out of Our Range,” 25 September 2012) reports that the Iranian Deputy Commander Brigadier General Hossein Salami “…emphasized that the IRGC [Islamic Revolution Guards Corps] and Basij Forces have turned into a unique invincible power for the Islamic resistance, not only in Iran, but also in all Muslim territories, which thwart the enemies’ plots.” Unfortunately, the Iranian general is not alone in thinking this way. Other prominent leaders have also professed similar views regarding their country’s alleged invincibility.

Invincibility is a commendable goal – but can powerful weapons really provide an invincible defense shield? “Invincible” means “incapable of being defeated.” Throughout time, scientists have applied new technologies to achieve invincibility, but without success. History shows that adversaries inevitably devise methods to counter new weapon systems, and no doubt they will do the same with Iran weapons.

Today, the only means to ensure true national security and total national invincibility is to be a nation without enemies. Military strategists everywhere acknowledge that conventional means of defense are powerless to protect the nation completely against modern destructive technologies: weapons of mass destruction, nuclear weapons, biological weapons, chemical weapons, long-range push-button electronic missile technologies, or terrorism. No conventional military or technological defense strategy can totally safeguard the nation from these offensive technologies.

Iran’s leaders today have the option to consider and adopt a new, surprising, and scientifically verified method to reduce such stress. It is called Invincible Defense Technology (IDT) and has absolutely nothing to do with high-tech defense systems, bullets, bombs, or killing. In fact, it has the potential to diminish the role of these approaches in the provision of national and international security.

Extensive research published in the scientific literature has repeatedly demonstrated the effectiveness of IDT in reducing conflict, open warfare, and terrorism. IDT applies specific “technologies of consciousness” – the Transcendental Meditation (TM) and TM-Sidhi programs, non-religious meditation techniques practiced worldwide by members of many countries and faiths – to produce societal coherence and eliminate conflict. In a military context, when large groups of military personnel learn and apply these technologies of consciousness, high levels of collective national stress can be immediately and significantly reduced.

In the summer of 2008, I was invited to present a provocative paper about IDT at the International Sociological Association Research Committee 01 Seoul National University & Korea Military Academy International Conference on Armed Forces & Conflict Resolution in a Globalized World and at the Korea Institute for Defense Analyses (KIDA). The paper was entitled “A New Role for the Military: Preventing Enemies from Arising – Reviving an Ancient Approach to Peace.” Following the presentation, the paper received worldwide press attention, including publication in the Pakistani peer-reviewed The Journal of Management & Social Science.

Perhaps the IDT paper caught the attention of the world press because IDT is totally unlike any other defense technology. The goal of this unique, scientifically field-tested, brain-based technology is to prevent crime, terrorism, and war. Extensive research shows that when IDT is correctly applied, the disturbingly high levels of collective societal stress thought to be responsible for such social problems are greatly reduced. When people – particularly national leaders, who ultimately reflect the collective will of the people they represent – become less stressed, they think more clearly and are better able to resolve their differences amicably. In an environment of less stress, even staunch adversaries may find ways to overcome differences.

This transformation occurs when a military creates a large group of warriors (called a “Prevention Wing of the Military”) trained in IDT. Once these Prevention Wings have become fully operational, the collective practice of IDT by these groups neutralizes the societal stress that gives rise to conflict and enemies. Consequently, as the theory behind this concept envisions, no enemy can then be born – and with no enemy left to fight, the military becomes invincible.

Readers new to the IDT concept can read more about it in an article on Ecuador’s Military Prevention Wing: “Combating Stress in Police Work and Preventing Crime, Terrorism, and War.” Perhaps due to Ecuador’s precedent, nine Latin American countries are due to achieve a statistical level of invincibility soon due to their IDT deployments in military and educational settings.

Iran’s leaders have the possibility to make history by joining pioneering Latin American leaders who are guiding their nations on a path to invincibility by establishing IDT prevention groups. I respectfully invite them to listen to an online video by Dr. John Hagelin, Ph.D., a renowned Harvard-trained quantum physicist and executive director of the Global Union of Scientists for Peace (GUSP, http://www.gusp.org). GUSP is a coalition of Nobel laureates and leading scientists founded to avert the growing threat of nuclear proliferation and nuclear war and to promote safe, innovative, scientifically validated technologies for national security and global peace.

Dr. Hagelin and Captain (Ret.) Ray Seebald, a former U.S. Coast Guard Captain of the Port of Chicago and a military aide to Presidents Ronald Reagan and George H.W. Bush, spoke about IDT during the second Nuclear Security Summit in Seoul. The main points of Dr. Hagelin’s presentation are available online on a previously recorded video: http://www.istpp.org/military_science/Hagelin_military_lecture.html.

In the video, Dr. Hagelin showcases the results of more than 50 published studies verifying the effectiveness of IDT for international security and peace – an approach that neutralizes the acute ethnic, political, and religious tensions that fuel violence, terrorism, and social conflict.

“In recent years, a powerful, innovative approach to peace has been extensively field-tested – in the Middle East and throughout the world,” Dr. Hagelin says. “The consistent result has been dramatic reductions in terrorism, war, and social violence. These findings have been replicated, published in leading academic journals, and endorsed by hundreds of independent scientists and scholars. The efficacy of this approach is beyond question.”

Dr. Hagelin asserts that the extensive IDT research indicates that IDT operates at the Planck scale, specifically at a level a thousand million million times more powerful than the nuclear force. From this level it can easily overpower conventional technologies of offense – yet it is inherently safe, being based in a completely holistic level of natural law. This most unconventional yet surprisingly powerful technology is readily available for Iran or any other world leaders to implement – and at a modest cost that would fit even the most challenged military budgets.

IDT is enormously effective and cost-effective, and the results are immediate. All that is necessary is to provide the proper training for a group of military personnel – or indeed any large group within the country. The benefits extend far beyond the military and national security, and even to economic prosperity for the whole country. The only requirement is to keep the group intact. IDT is the best way for Iran to counter its daunting challenges of internal and external security.

AUTHOR
Dr. David Leffler received his Ph.D. in Consciousness-Based Military Defense from The Union Institute & University in Cincinnati. He served as an Associate of the Proteus Management Group at the Center for Strategic Leadership, US Army War College. He has published articles in over 400 locations worldwide about IDT and now serves as the Executive Director at the Center for Advanced Military Science (CAMS). Dr. Leffler teaches IDT and is available at http://www.StrongMilitary.org.