Wright Brothers? Never heard of them. 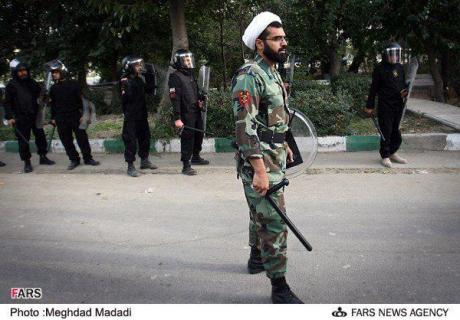 I’d like to draw your attention to Hojjatol-eslam Ansarian, one of the more enlightened mullahs of the Islamic Republic. Some of you might recall this ateegheh by his chaaleh-meydoon style of talking. Every once in a while he goes around radiating some astounding piece of hidden knowledge to humanity. By the grace of Allah, he is one of the nokhbegan of our day and age.

In his latest revelation, he has stated:


“The idea of manned flight first appeared in humanity, courtesy of Prophet Suleiman.”

I kid you not. See 4th paragraph from bottom, here, for original quote:

Seriously, who the fuck were the Wright Brothers? Why do Americans want to always claim to be first in everything? Prophet Soleiman was already flying with his carpet thousands of years before Wilbur and Orville, or the Montgolfier brothers, or any other godless zionist ever dreamed of.

Dude could practically fly to Yemen at night undetected, through the window, and knock some fine royal Sheba ass. Now that’s some serious stealth technology right there! USAF, fools! Hah!

Thank You Islamic Republic for giving us such beacons of knowledge like Haj Agha Ansarian and his majesty Hazrat-e Ayatollah Khamenei!

I suppose when you’ve had the baton of Islam lodged deep up your rectum for the past 35 years, anything flies. “Islamic democracy”. “The Protocols of Zionism”. “Resistive economy”. An Imam who has been in hiding for 1400 years that travels back and forth to the Bermuda Triangle? Let alone fucking flying carpets.