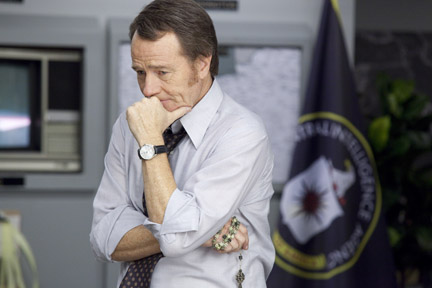 I finally got enough courage to go and see ARGO, the new Ben Affleck dramatization about the US-Iran Hostage crisis in 1979. I say dramatization. As a film, it’s too damn entertaining to include as anything that is really politically poignant.

Almost all of the technical details are surprisingly accurate, save the scene of a recently hung body dangling in public as Mendez drives by on his way to some neighbrhood in Prague or Budapest or wherever the film’s exoteriors was shot. No matter. It was a pretty damn good job of realistic details. So goo that I actually felt homesick!

Also I think the film did a very good job of setting up the scene for WHY. Often thse days, the hostage takiing is portrayed as religious extremism. Rather than the desperate attempt to return the shah for prosecution for his alleged crimes as the ruthless US-installed dictator of Iran. Or that’s what everyone in Iran thought was the reason fro the embassy take-over, at that time.

Kind of pragmatic when you think about it. Alebit entirely unorthodox and unnecessarily brutal if you could have stopped for a second in 1979 and think about what kind of pointed stick you were about to poke in the ey of the US.

Honestly, I don’t think there was any real bad news. The film correctly portrayed everythgin we aheva l been saying since 1979, (1953?) about the naivete of US foreign policy, and worse the Laurel and Hardy arm of that policy, the CIA in orchestrating some of the most memorable silent film comedies of all time.

I think Brian Cranston’s character illustrated the case of government bloat and incompetence about as clearly as possible. In order to authorize and affect a critical last minute change in the action, he had to get to the Presidential advisor by pretending to call from the advisor’s kids’ school!

The embassy staff sent to Iran at this crucial time of the revoution, was clearly incompetent at best.

Poignant, was the ever present case of the recent Benghazi incident, and what screamed clearly in the film was the fact that diplomatic relations during internal political unrest, is clearly questionable.

The point clearly being made is that, any country that requires the US embassy to be fortified and referred to as a “compound”, or one that requires US Marines to protect it, is nowhere near ready for US Diplomatic relations.

The other point that was less obvious to the Americans who barely chuckled at the hilarious ineptitude of their foreign policy bureaucracy, was that US foreign policy neither repesents the interests of the US people, nor is is able to discern between right and wrong. What the peopel at the helm think is important is in serious question going back to 1953, but sadly, repeated over and over and over again. Repeal Obamacare? Not nearly as much as you need to repeal the current deus ex machina that US Foreign Policy believes itself to be!

Once again, like Alexander, 300, and The Shahs of Sunset, I recommend that every Iranian sith through the film and soak up every ounce of it. revel or suffer, but it is part of our ongoing dialogue, and necessary evolution, and the more we know, the more information we have true or lie, the better we can represent and deal with our reality.