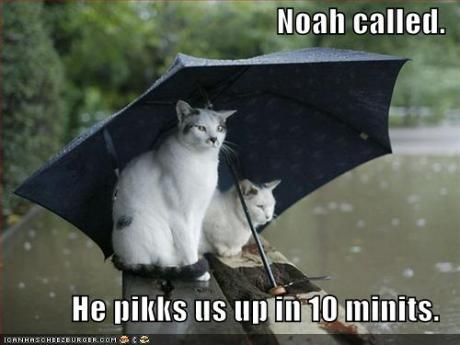 If we get a forecast for heavy snow the one constant is that the stores will run out of milk,bread,and eggs in a few hours.I suppose people like French Toast when marooned in the house.

Go to your neighbors – they have everything you need.

I was in WalMart today and people were karate chopping each other in the peanut butter aisle.

I hope this storm takes my ex husbands mom.

Time for a Liberal Cleansing of the east coast…. Mother Nature has come to make you liberals pay for your sins upon this great world. Your all will deserve every bit of the wrath she is about place upon you. Run liberals!!! scramble and look for shelter and comfort as mother nature beats you down to death!!!!!!

I have enough food for 3 days, a full gas tank, batteries, candles, blocks of ice, 3 bags of Halloween candy, and 4 bottles of wine. Bring it ON.

First it’s a hurricane, then it’s a tropical storm, then it’s heavy rain and wind, then it’s 50% chance of rain…

Hope everyone has enough Milk to get through the storm.

Wonder how many babies will be born next July???

“They’re coming in for propane, ice, water, milk and cigarettes.”

Got to have those cigarettes! They’re part of the 4 food groups: Alcohol, Sugar, Caffeine, and Tobacco.

See How Evil Obama is ? ..Even the man above is tired of Muslim trying to Destroy America

It’s funny how the neo-con posters on here claim Mother Nature is against Americans (liberals is what some dummies say, still Americans, tho). Al-Qaida said the same thing after Katrina. Therefore, neo-cons = Al-Qaida.

This is what you get for not bombing Iran like God’s chosen people want.

Can we please get a report to let us know if Snooki and the rest of the jersery shore crew has made it to a safe area.

I know you guys are a bunch of Obamanuts up there, But still you are our countrymen and woman. Hope you have plenty of blankets, water and food stocked up. Stay safe and good luck from us in the south. God bless like it or not?…