Sign up for our daily newsletter to get the top news and analysis delivered to your inbox.
Human Rights,

The Long March To Freedom: The Execution Of Hussein Navab

Seyd Hussein Navab Safavi was a young Iranian intellectual and a close advisor of Iran’s first president, A.H. Banisadr. Now, more than thirty years after his execution in 1981, for the first time the man who was his cellmate in Evin prison has broken his silence to speak out about Hussein’s final days. One revelation of this disclosure was that Hussein could have saved his own life had he agreed to speak against Banisadr. Indeed, it would not even have been an unethical act, as in the final days of the coup against the president that was being staged in the early summer of that year Banisadr had given his associates permission to speak in any way against him in order to save their lives. He told them that they should not feel guilty about doing so; that what mattered most were their lives and inner beliefs.  But Hussein Navab refused to speak against Banisadr.

It was of course also possible that the regime would have executed him even had he done so. Information was later leaked that Ayatollah Gilani, the ‘Butcher of Evin’, had told Hussein that he knew too much to be left alive (and that this was a shame; that he was ‘too handsome’ for execution). But Hussein had information about a clandestine negotiation of the release of the American hostages then held in the US embassy in Tehran, made between Khomeini, his son Ahmad and the Islamic Republican Party’s leaders (primarily Beheshti, Rafsanjani and Khamenei) and Ronald Reagan’s administration when the latter was challenging Jimmy Carter for the US presidency (this agreement has since become known as the ‘October Surprise’). The execution of Sadrol-Hefazi, another of Banisadr’s advisors, leads us to believe that Navab may have been executed regardless. Sadrol-Hefazi had himself investigated the secret negotiations and submitted 100 pages of findings to Banisadr. We still don’t know what the regime asked him to declare against the president; he too preferred to face the death squad.

You are about to read the memoir of Seyd Hussein’s cellmate, who prefers to remain anonymous. I hope one day he introduces himself.

Memoir of the final days of Seyd Hussein Navab Safavi

[…] On the matter of Lashkar do Zerehi (the Second Armoured Battalion unit’s prison), I should mention Seyed Hussein Navab Savafi, an advisor to Iran’s first president Abolhassan Banisadr.

Hussein Navab Safavi used to write for the Enghelab Eslami newspaper.  He adored Hafez and sometimes used to whisper his poem:

“Open my grave when I am dead, and thou shalt see a cloud of smoke rising out from it; then shalt thou know that the fire still burns in my dead heart – yea, it has set my very winding-sheet alight.

If the scent of her hair were to blow across my dust when I had been dead a hundred years, my mouldering bones would rise and come dancing out of the tomb.

I have estimated the influence of Reason upon Love and found that it is like that of a raindrop upon the ocean, which makes one little mark upon the water’s face and disappears.”

It was the beginning of the autumn of 1360 (1981) when I shared a cell with Hussein in Evin Prision, Ward One, first floor.  One day they called him out, and when he returned, he said:

“I am certain that they are going to kill me. Somebody came to see me.  I have heard his voice before.  It was very familiar.  I thought he must be Seyd Ali Khamenei [Iran’s current supreme leader]. When I told him this, he said, ‘I am not Khamenei. One of his arms was injured.  Although your eyes are covered, you can touch my hands one by one, and you will see that both are all right’.  Later, he said, ‘Seyd, my brother, come and say something so you can live.  We really don’t want to execute you’.  I replied, ‘I understand what you mean but I can’t do anything against my conscience’.”

“The guy paused for a moment and then said: ‘Now, tell me your view about the Hypocrite (Mojaheddin) organization’.  I replied, ‘I neither was a Mojahed nor I am a Mojahed, but I know that it was your treatment of them which put guns into their hands’.”

“The guy said: ‘The mistake is here.  They had guns in their hands. They were waiting to pull the triggers, so we broke their hands’.”

“Then he asked about Banisadr. I said that he was resolute in his standing, and that in my view he would continue to be so.  He replied: ‘But now he is following the Mojaheddin/ Hypocrites’. I replied that he was too serious to be a follower; that if he was a follower, he would be following you.”

“He said: ‘We know Banisadr was not much interested in working with the Hypocrites/Mojaheddin. But you, Mr Navab Safavi, and somebody else kept encouraging him. Otherwise he might have given himself up’.”

I replied that even if this was the case, it absolutely did not mean submission. Mr Banisadr, like Siavash,[i] wanted to enter fire. I told him to forget Siavash and become Rustam.[ii]”

I told Hussein that the person who spoken to him might have been Hadi Khamenei (Khamenei’s borther) or Mir Hussein Musavi.  ‘Why do you say that?’ he asked.  I said that the tone of voice of these two is alike, and both were able to come to Evin.

A few days after this, Hussein was placed in front of a firing squad and executed. Alongside him were Ali Memaarian and Yusef Bahrami (a young clergyman from the village of Ver, near Mahalaat) and Esmaeil Kaargar. All had been taken out of their cells for execution without any plan or coordination. All with loud voices chanted: “Long Live Freedom.” Hussein Navab Safavi added: “Long Live Banisadr.”

I wish the tyranny of Ummyad[iii] would return

Once after praying, Hussein held his hands in front of his eyes for a long time and looked disturbed and anguished.  It seemed that he was praying but this was not so. After a while, he said:

“I am suffering.  I am suffering … Do you know what makes me suffer? This regime with this form of behaviour, tortures and executions, makes the Shah’s regime desirable, while there is no doubt that it was anti-freedom in nature. From one point of view, it was because of the anti-democratic behaviour of the Shah’s regime that the clergy jumped into revolution.”

“Now, all the tyrannies which were committed by that regime in Lashkare do Zerehi prison, in Gezel Galeh Prison, in Evin prison, in the Joint Commiteh prison, in Falak AFlaak prison, will fade away. The thing which deeply saddens me is that these people are worse than the Abbasids.[iv] One should not be surprised if one day, people wish for the Ummayad and say: ‘I hope the tyranny of Ummayad returns’.”

[i] Siavash was a major figure in Ferdowsi’s epic, the Shahnameh.  He was a legendary Iranian prince who, after being accused of making advances towards his stepmother, Sudabeh, proved his innocence by riding through a colossal mountain of fire and came out unscathed. Later, however, he submitted to being executed. [MD]

[ii] Rustam is the epic hero of the Shahnameh. He is regarded by many as a champion of champions and defender of Iran against invaders; one who, through sheer charisma, gathered a defeated and spiritless Iranian army and turned its defeat into victory. [MD]

[iii] The Ummayad dynasty was the first dynasty in the Islamic world. It turned the leadership of the Islamic world into a hereditary system after the death of the Prophet Mohammad (which until then had been relatively democratically elected and governed), and ruled the Islamic world throughout much of the 7th and 8th centuries. Their mostly tyrannical rule and lack of legitimacy led to a rebellion which ended the dynasty and replaced it with the Abbasid dynasty. [MD]

[iv] The Abbasid dynasty succeeded the Ummayad dynasty for the next five centuries. However, the brutality of many of their kalifs was so extensive that many of people desired the lesser of the two evils, and hence wished for the Ummyad dynasty to return. [MD] 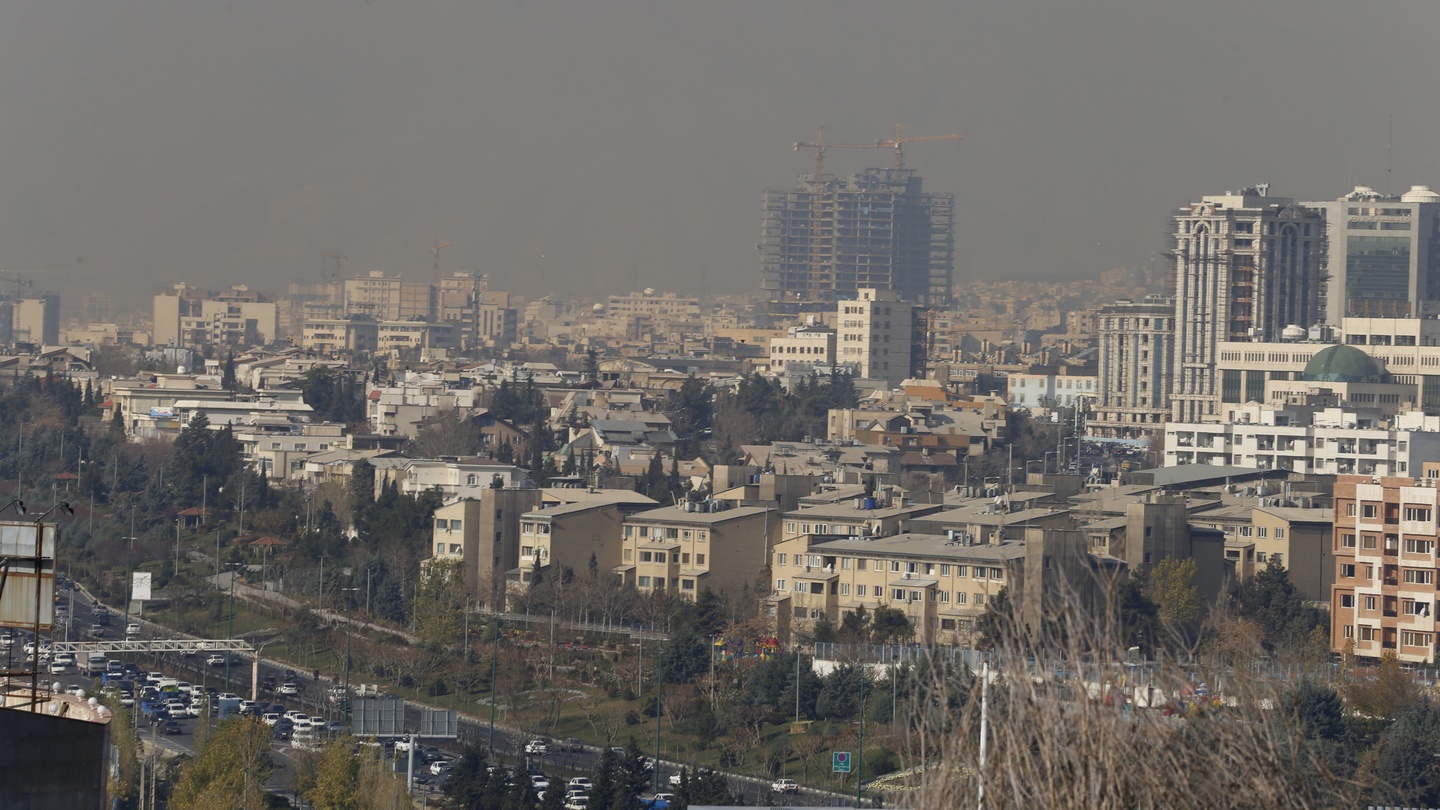 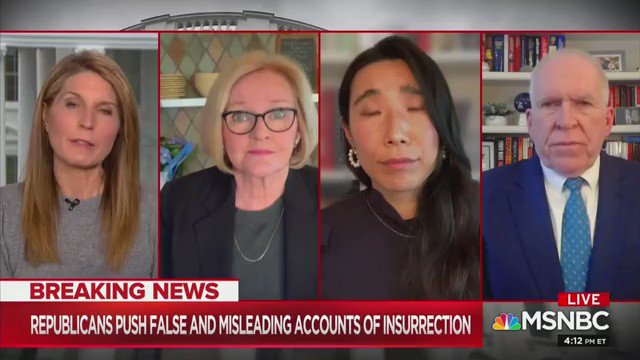