Artist Golnar Adili, Immigrant Born In The US

Golnar Adili has a powerful, layered story about her heritage and immigrant identity to share, filtered through a seemingly limitless series of creative approaches. The Brooklyn-based artist has been active since approximately 2011, with a highly physical, tactile approach to her representative work, usually in the form of paper. Aside from the myriad of possible forms this can take on—including Japanese paper, medical tape, photocopies and tissue paper—she also has made work using fabric, plaster, and foam, among other materials.

As a child born in Washington, DC, she experienced a “reverse diaspora” of sorts, moving back with her parents at the age of four and living through the 1979 Revolution. Adili even engaged the public intimately while sketching people in the street for money. At 18, she moved to the US to attend college and live with her father, although her mother stayed behind in Iran. 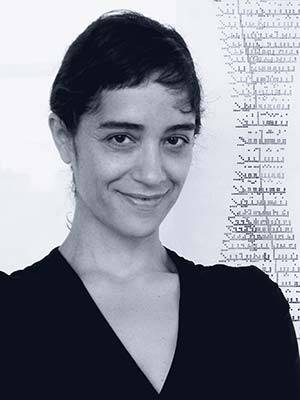 “She calls herself an immigrant,” describes Zainab Iqbal for Bklyner. It’s a relatively complex identification, further detailed in her varied use of patterns, duplication, written language, and a kind of geometric symmetry. Her father, too, appears often as a sampled subject, which is linked to inspiration for her series “Displacement,” based on her “…father’s archive of photos, letters, and travel documents meditating on diasporic longing.”

“This is the core of my longing…I was always reaching for my father. He had to leave us. All these remainings that I’m dealing with echo that landscape of longing and separation,” she said back in 2015, during her residency at the Women’s Studio Workshop in Rosendale, NY.

Interestingly, Adili got her Masters of Architecture from the University of Michigan, but pursued an artistic career shortly thereafter. Since then, she’s featured at gallery shows and events in Tehran, Texas, Massachusetts, Italy, and New York. Last year she took part in a 20th Anniversary group exhibition at Smack Mellon in Dumbo, curated by former Brooklyn Museum curator Charlotta Kotik.

You can find out more about Golnar Adili, including many examples of her artwork, at her website here.