In various fields of military knowledge and technology, the country has reached the peak, Brigadier General Hajizadeh told reporters in Tehran on Sunday.

The commander further pointed to the IRGC forces’ success in hacking American drones in Iraq and said, “…the Americans showed insolence (to us) and said they have sent faulty parts to our missile industries.” 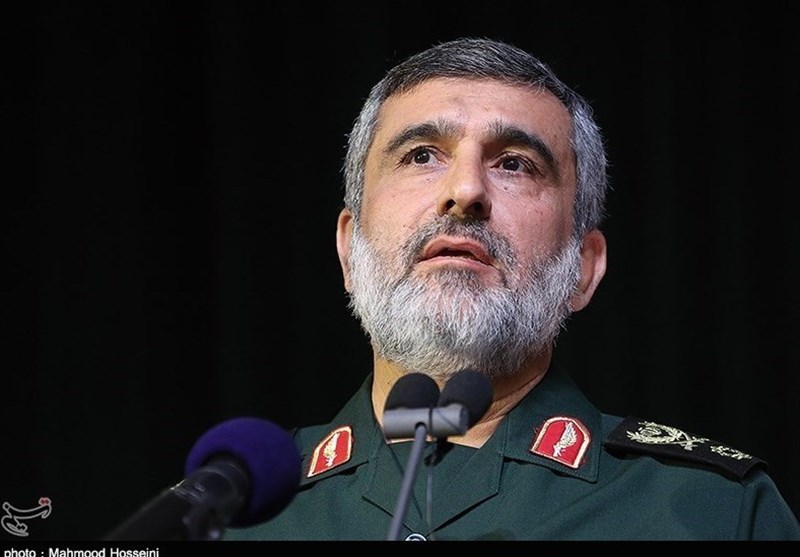 “We did it (the hacking of US drones) to tell them that ‘not only you failed to reach your goals, but we have infiltrated your systems’, and that was the answer to the Americans’ insolence,” the commander went on to say.

Earlier this week, Hajizadeh rejected US officials’ recent claims that Washington has managed to sabotage Tehran’s missile program as “a very big lie”.

It came after The New York Times recently reported that the Trump White House has accelerated a secret American program to sabotage Iran’s missiles and rockets, according to current and former administration officials.

US government officials asked The Times to withhold some details of its reporting, mostly involving the identities of specific suppliers to the Iranian program, because the effort is continuing, the report said.

Iranian officials have repeatedly underscored that the country will not hesitate to strengthen its military capabilities, including its missile power, which are entirely meant for defense, and that Iran’s defense capabilities will be never subject to negotiations.

Iran Hacks Into US Command Center, Takes Control Of Several U.S. Drones In Syria And Iraq