Despite Biting Sanctions, Iran Ranked 13th Most Powerful Country In The World

According to an annual ranking by U.S. News and World Report Iran has been ranked the 13th most powerful country in the world. The rankings take into consideration the country’s political and financial influences, as well as its international and alliances, military strength and how it acts as an international leader.

From the US News and World Report aptly titled ‘Power’:

The world’s most powerful countries also are the ones that consistently dominate news headlines, preoccupy policymakers and shape global economic patterns. Their foreign policies and military budgets are tracked religiously. When they make a pledge, at least some in the international community trust they will keep it.

The 2019 Best Countries rankings, formed in partnership with BAV Group, a unit of global marketing communications company VMLY&R, and the Wharton School of the University of Pennsylvania, are based on a survey that asked more than 20,000 people from four regions to associate 80 countries with specific attributes.

There was no change this year in the top nine countries seen as being the most powerful. The United States, which is perceived to be the most powerful country, has the world’s largest economy and biggest military budget, spending over $610 billion on military hardware and personnel in 2017. The country is a leader in the so-called War on Terror, is by far the largest contributor to NATO and cements alliances by giving out billions of dollars in military aid to nations worldwide. The U.S. spends slightly more than $35 billion in economic aid and nearly $15 billion in military aid in 2017.

Russia and China, the next two countries perceived to be the most powerful, are among the world’s top four military spenders. Following the top three are Germany, the U.K., France and Japan – countries that have large economies and give out high amounts of international aid. Israel and Saudi Arabia, which take the eighth and ninth spots, respectively, spend a higher percentage of their GDP on military spending than the U.S. South Korea moved up one spot and rounds out the top 10.

Countries perceived to be less powerful tended to be smaller nations with medium to small economies. Estonia, a small country in Northern Europe and a former part of the Soviet Union, is viewed as the least powerful nation. Estonia’s Baltic neighbors Latvia and Lithuania, Southeastern Europe’s Slovenia and Central Europe’s Slovakia round out the bottom five. 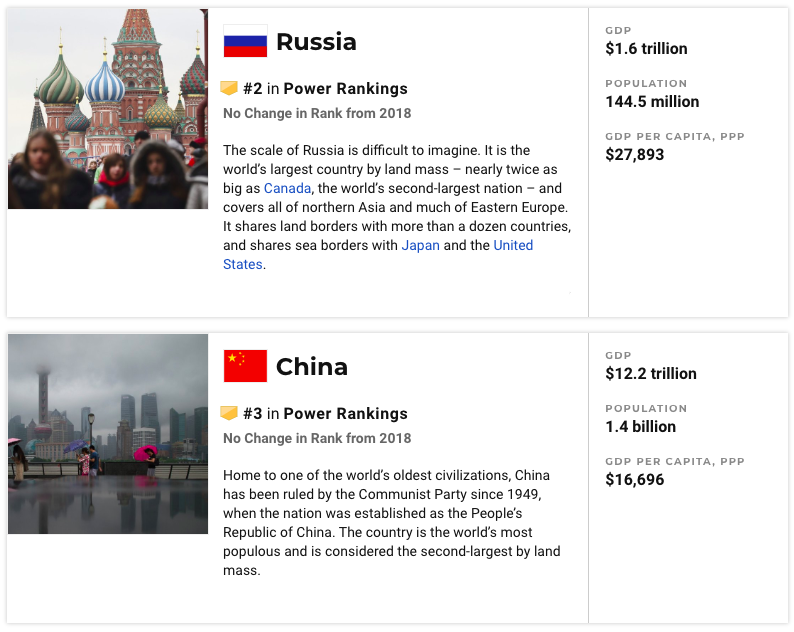 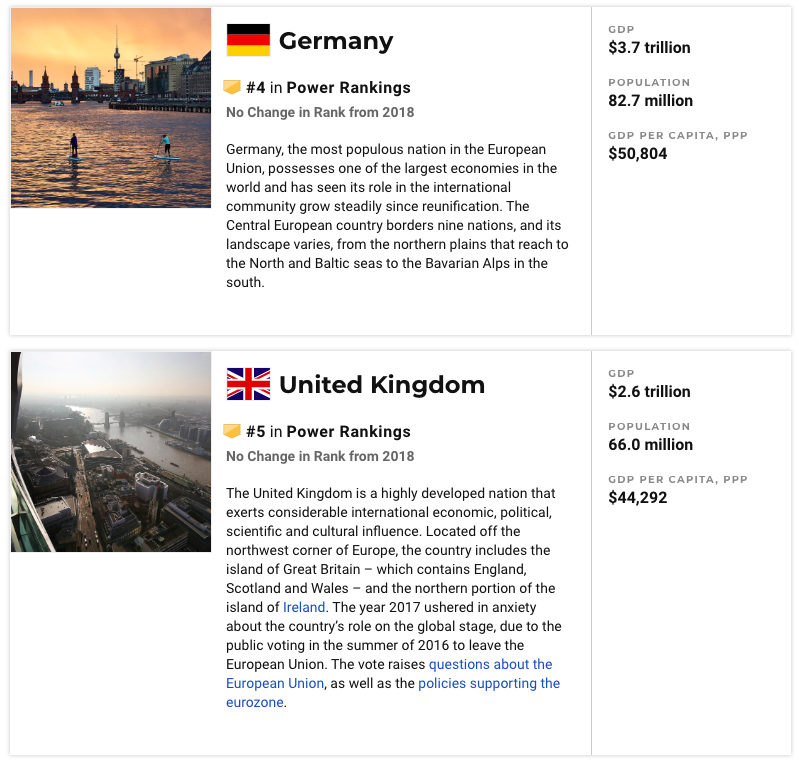 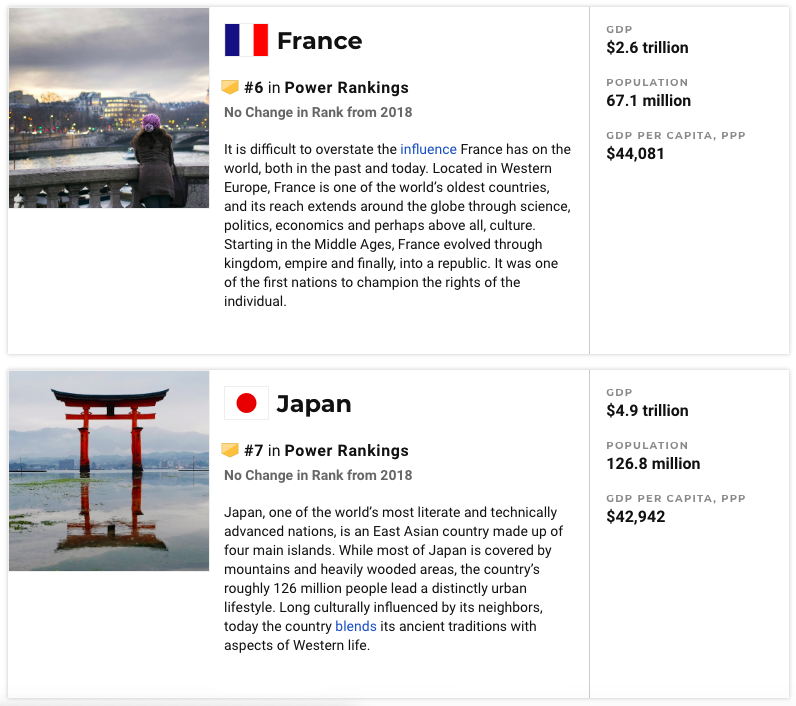 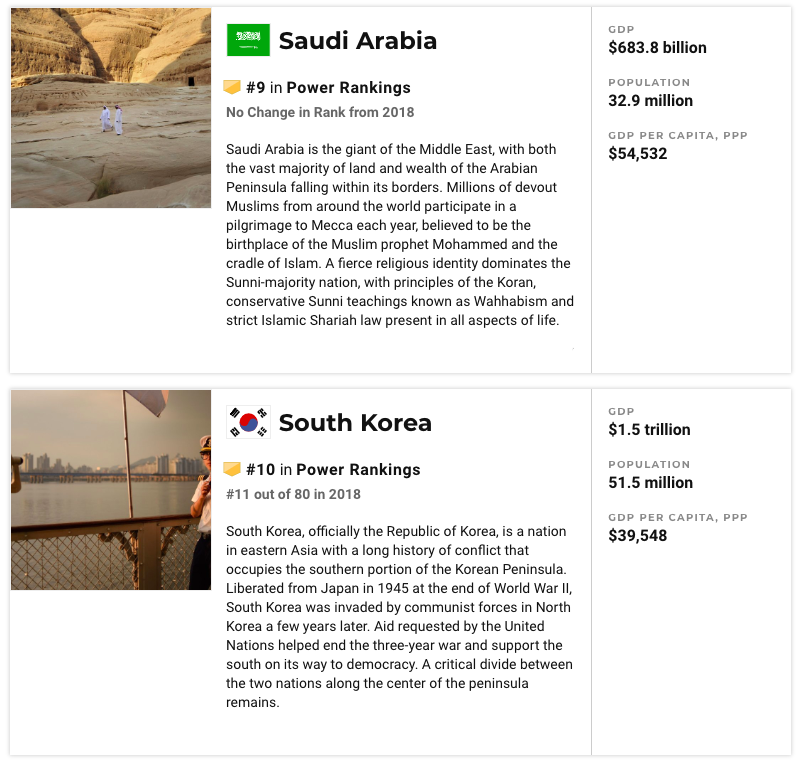 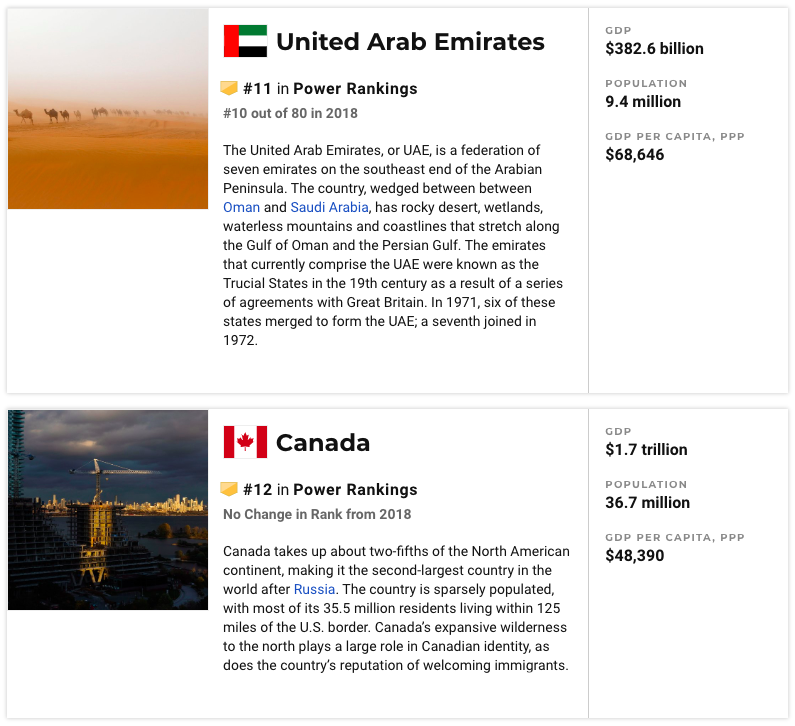 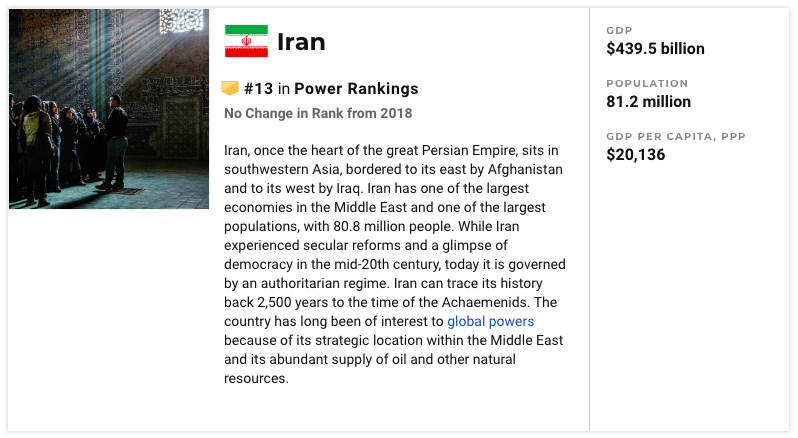 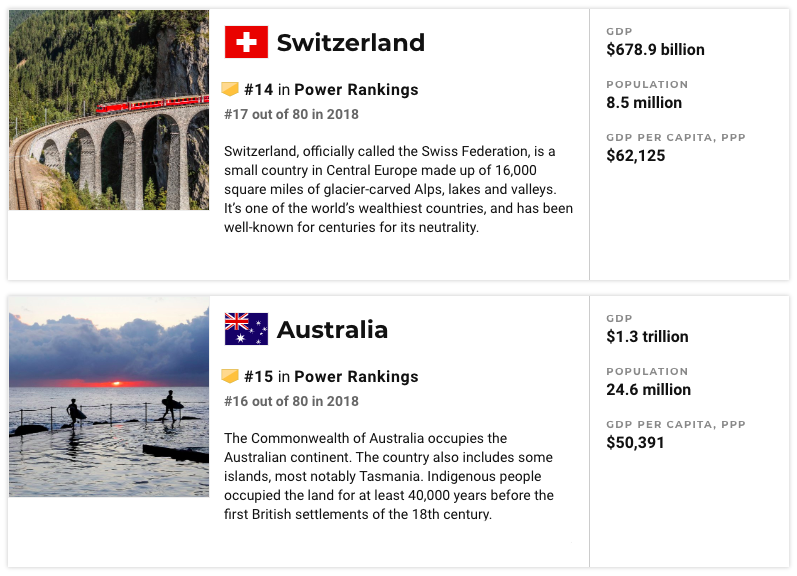 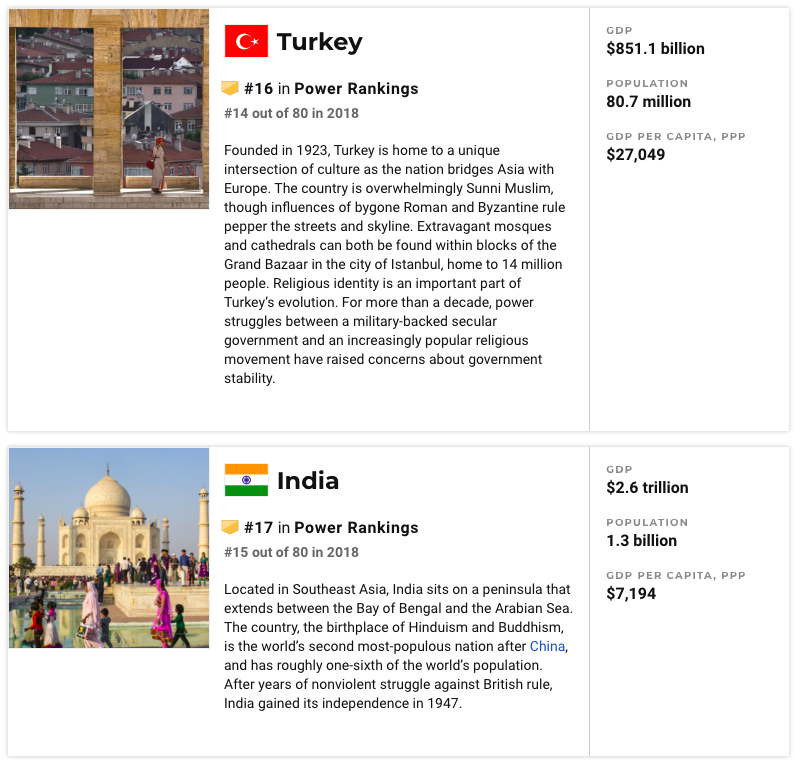