For many Europeans racism is normal. Especially when it’s directed at people who look different to them. Although Europeans have come a long way from their colonial past they still have a long way to go. Many Europeans led by the U.S. have been engaged in derogatory and racist language toward the Chinese government and people.

I was personally appalled in my travels by many European people who used racist language against the Chinese. They have this unfounded fear that the Chinese want to take over the world. The Chinese throughout their long history had some very good opportunities to colonize many parts of the world, as British, Spanish, Portuguese, Dutch, and French did, (all European) but they didn’t. The world would have definitely been less racist if they had.   China was at the heights of their naval power by 1400s – they had more sea vessels then than the U.S. navy has today. European ships would have looked like little dinghies in the water compared to some of the Chinese naval ships that were more than a hundred meters long. Under admiral Zheng He (from Iranian origin) China sailed the world with their mighty ships.

The Chinese throughout their long history had some very good opportunities to colonize many parts of the world, as British, Spanish, Portuguese, Dutch, and French did, but they didn’t.

China and India are two countries that we hear in the Western media. As we know one is democratic and the other is not. “According to Oxfam, India’s top 1% of the population now holds 73% of the wealth while 670 million citizens, comprising the country’s poorest half, saw their wealth rise by just 1%.” On the other hand,  “According to the World Bank, more than 850 million Chinese people have been lifted out of extreme poverty; China’s poverty rate fell from 88 percent in 1981 to 0.7 percent in 2015, as measured by the percentage of people living on the equivalent of US$1.90 or less per day in 2011 purchasing price parity terms.” I think I would like to be born in China rather than India if I had the choice. Wouldn’t you? 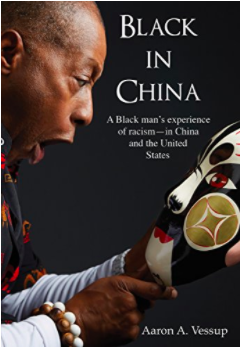 Is racism something that foreigners experience in China? It would be naïve to believe any nation has no prejudices against people from other races. However, racism by people from European backgrounds is, unfortunately, a chronic problem. Aaron Vessup in his book, Black in China, talks about his experiences as a black American man living and working in China. His conclusion is that he prefers to be a black man living in China than in the U.S. Although living in China has its challenges, racism according to him is not institutionalized as it is in America. You may say that’s his personal choice and opinion. But for many of us, who have migrated to the Western lands, either voluntarily or forced by circumstances can testify that racism is something that we have experienced once too often and can say it is not something that will go away anytime soon.  People are discriminated against because of the colour of their skin, their name, or religion on a daily basis. Muslims are not the only group. Jews, Asians and blacks are some of the people targeted and assaulted.

Although living in China has its challenges, racism according to him is not institutionalized as it is in America.

But why should we have an inquiry now as to where the virus originated from, in the middle of a pandemic? Trump’s handling of COVID -19 has been horrific. The number of deaths and infected speaks for themselves. If his leash was not pulled by others the numbers would have been much higher, not just from COVID-19 but also from drinking disinfectant. If COVID-19 started in China it has definitely found a cozy home in the US. Of course, there is a good reason for the U.S. to blame China; the election is drawing near and Trump administration is in damage control. It is only right for the world to know where the virus originated and how it spread. But the Chinese are no fool, they know when an inquiry is politically motivated.

Wet markets are not only in China but in Southeast Asia and other parts of the world. To point the finger at China is another indication that the U.S. is leading the world in anti-Chinese sentiments.  China is made up of 56 ethnic groups with close to 300 languages spoken within its boundaries. Various ethnic groups have different rituals, habits and customs. Animal rights activists in China have been campaigning against the wet markets for many years now. Banning Wet markets in China or anywhere is like banning alcohol, it will go underground. But all wet markets must comply with government regulations and monitored and regularly inspected. Getting rid of the wet markets not just in China but other parts of the world cannot, unfortunately, be done overnight.

You may remember how the Chinese took the Wuhan province into lockdown earlier this year in order to stop its spread. But they were still criticised for being too heavy-handed, authoritarian, Mao-style approach, too much control, extreme measures. These are only some of the colourful phrases used by Western media to describe China’s strategy. When the world finally realised the seriousness of the COVID -19 they followed suit. The Chinese seem to be criticised regardless of which course of action they take.

Another criticism that has been leveled at them, in general, is that the Chinese are too proactive in the world. Well, who’s stopping the Western countries from being active? Who’s to blame? Perhaps it is laziness and complacency on the part of the democratic countries. Please, by all means, go ahead and help the poor, with their transport and other infrastructure as China is doing. We know the West always has the purest of motives when they help the needy, don’t let anyone stand in your way.

Finally, if any Chinese leader ever manages to behave half as obtuse, racist, sexist and ignorant as President Trump it would be all hell break loose. Trump still enjoys a good level of support not only in America but in the rest of the English speaking world. The leader of the free world is showing us how low he can go in his conduct and still manages to be in power, a new world record.

Chinese political system is evolving. Who knows what it will be like in the future. At the moment they seem to be managing quite well.  No amount of white racism is going to deter China from economic expansion and spreading its influence in the world. The bureaucratic inertia of the various tiers of government in democratic countries has created mistrust and suspicion among its citizens. People beginning to see their politicians as inept, self-serving and divisive. China is being used as a distraction by Western politicians and media that’s why a virus turns into a Chinese virus, let’s see if all future viruses would get a nationality. Let’s not forget that racism is more deserving of nationality or ethnicity because so far there has been no vaccine for it.