My Conversation with One of the World’s Greatest Artists: Ostad Mahmoud Farshchian

Ostad in Farsi means Master. When it comes to Ostad Mahmoud Farshchian, he is the Grand Master in the art world and without question one of the greatest artists in the world. His designs are thoughtfully detailed and include layer upon layer of stunning storytelling. Every line and dot has a purpose and everything in his paintings has a message and emotion to share. The storytelling is so sophisticated that every time you see the same painting, you notice something new. Some of his paintings capture the poetry of Iranian poets like Hafez, Rumi and Saadi while including his interpretation of life. Watching him paint is like watching a miracle unfold. “My art is a reflection of my connection with God and love,” said Ostad Farshchian.

Ostad Farshchian was born on January 24, 1930, in the city of Isfahan. At the age of 5 years old, he demonstrated a strong interest in the arts. His father wanted to do everything in his power to support him in his path. Every day, he took his son to study with the Masters in Isfahan. After high school, Ostad Farshchian left for Europe where he studied the works of the great masters of painting. He said, “I think it’s important to study what you love. I’ve been to 95% of the great museums in this world.” He admired the work of many artists but one that stood out to him was a Flemish artist named Sir Peter Paul Rubens. Ostad Fashchian studied every aspect of art but he also was a student of psychology and poetry. He has become recognized as the artist that modernized an ancient Persian style of art referred to as miniatures. His work is a fusion of traditional and modern.

When he returned to Iran, he began work at the National Institute of Fine Arts and later appointed director of the Department of National Arts and professor at the University of Tehran’s School of Fine Arts. No matter what else was going on in his life, Ostad Farshchian painted any and every moment he had. “I worked day and night on my craft and loved every minute of it. Sometimes I would get only 2 hours of sleep but the more I worked, the less tired I would become.” In his early twenties, he knew that he needed to prepare for his first exhibit. “For 5 years, my wife was kind enough to give me the space to do what I needed to do to prepare and I painted day and night.”  His first art exhibit was a success and it became an incredible first milestone in his career. He shared that he always completes a new painting in his mind before he even touches the canvas. When he does start painting, he knows exactly what goes on every inch of that canvas.

It’s important to put the study and work in to become the very best.

Early in his career, his work started to get international attention. He has had over 100 of one-man and group exhibitions in some of the most recognized galleries and museums in the world. He has a long list of permanent collections and commissions from museums and world leaders. He has 2 museums and a University named after him. He has been awarded several honorary doctorates and won multiple global awards. How did this affect Ostad Farshchian? “My life has had a lot of ups and downs. At times I didn’t have an extra cent and at other times, I had more money than I ever dreamed of. No matter what, I kept on studying my craft and perfecting it every chance that I got.” I asked him about the recognition he received and the difficulty facing artists today. He said, “the reality is that many times it’s not until the artist is gone that their work is analyzed so you can’t do it for the recognition.”

In 2014, the United Nations Educational, Scientific and Cultural Organization (UNESCO) paid tribute to Ostad Farshchian. Ms. Kuisch-Larouche stated, “Master Farshchian’s beautiful paintings show us a perfect synergy between mankind, animals and the nature that surrounds them. His works demonstrate how these are interlinked, inter-dependent and united with each other. I believe that through his magnificent works, Mr. Farshchian shows us a new way – a better way to co-exist in harmony with our environment. It is my wish today that we will follow his example and try to make it a reality.” UNESCO has published two books on the works of Ostad Farshchian.

Today, Ostad Farshchian lives in New Jersey with his wife Nia. At the young age of 90, he still paints every day. He said, “after all these years, it is a part of me and I can’t not paint.” He still gets a lot of fan mail which he reads and responds to personally. He has 4 children – 2 boys and 2 girls. Ali is a physician, Leila is a psychologist and behavior analyst, Jennie a lawyer and Masoud is an engineer. They all love the arts in different ways. Leila enjoys jewelry-making as a hobby, Ali enjoys music, Masoud enjoys poetry and Jennie collects art. He has six grandkids and 3 great-grandkids. Several of the grandkids have shown an interest in art. I asked him what his advice was to other parents. He said, “Like my father did for me, I think parents should see what interests their child and then give them the tools, teachers, and encouragement they need to pursue their interests. If you push a child that loves art to become a doctor, for example, they will never love it. In my case, it was clear my children were not going to select art as a profession so I supported them in their dreams.”

I asked him what helped him through the hard times and what advice he would give young artists. He said, “I didn’t have any expectation from life. I recommend that everyone work hard to become number one in whatever their career is. It’s important to put the study and work in to become the very best.” 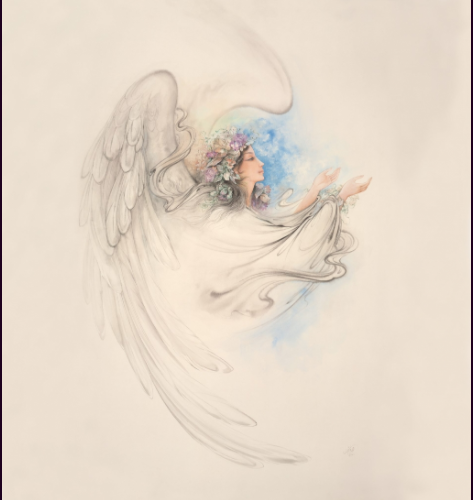 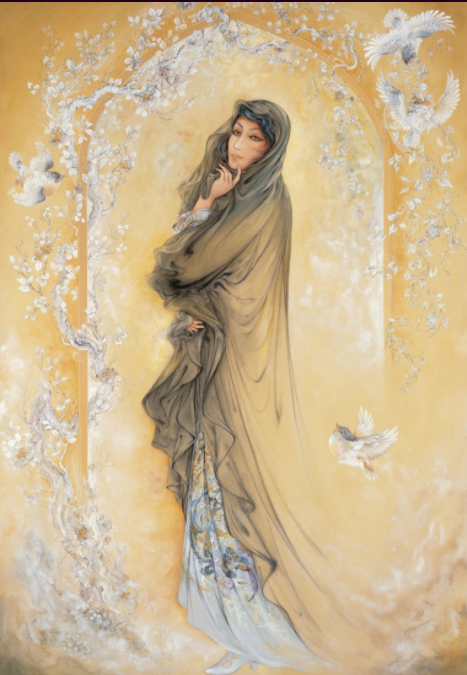 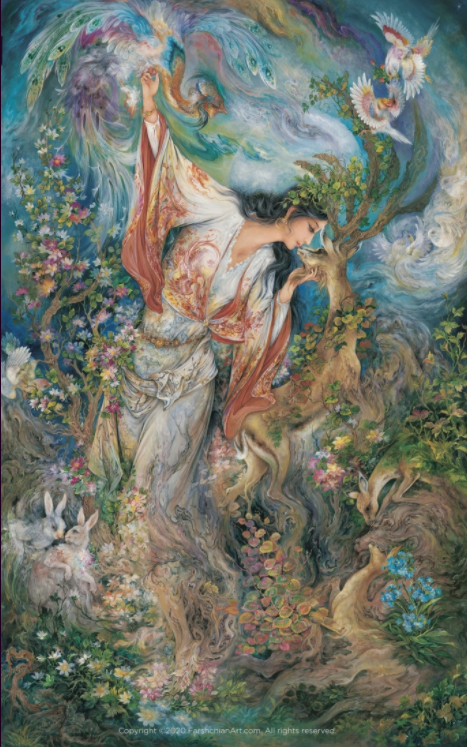 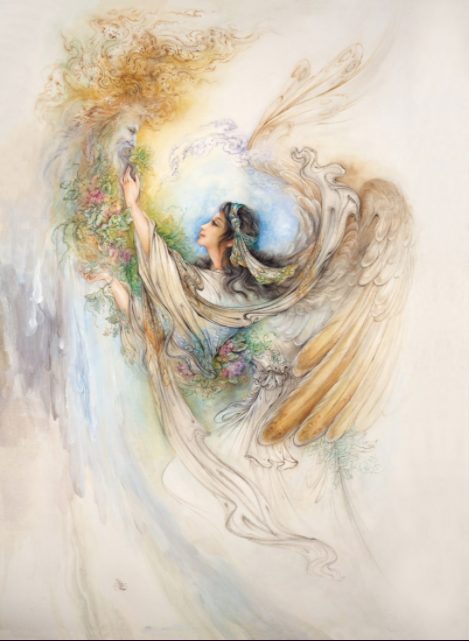 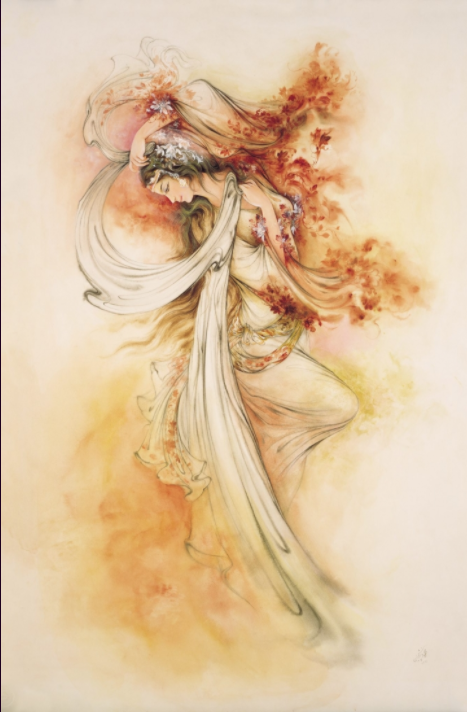 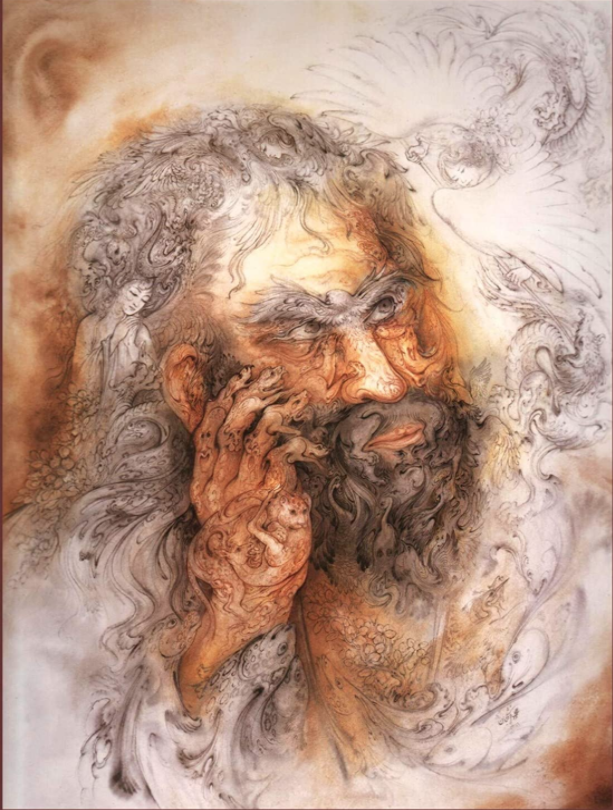 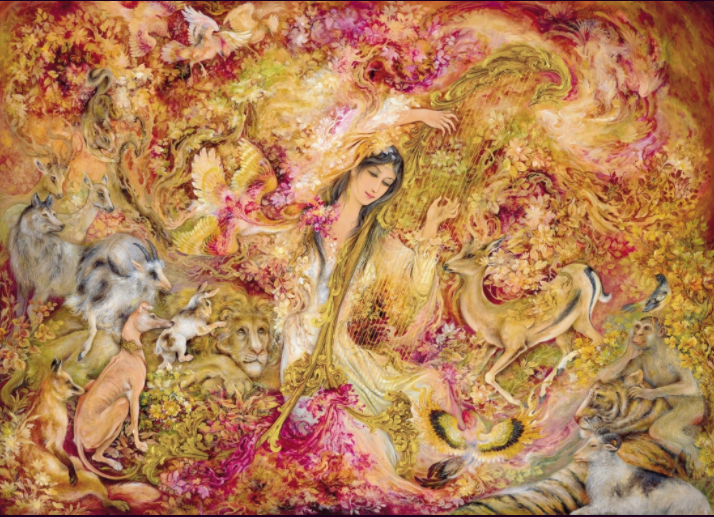 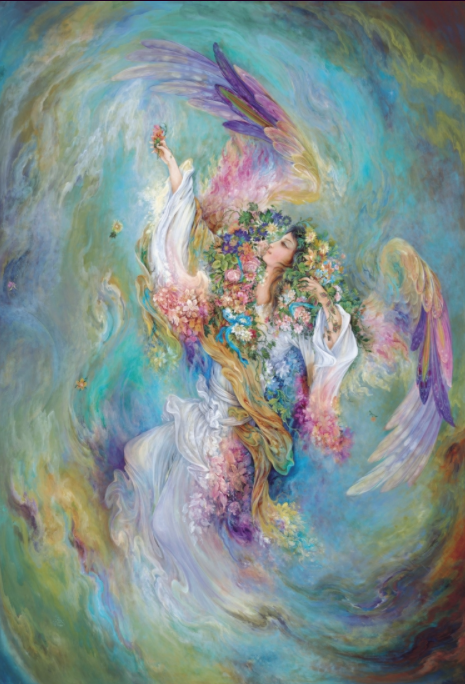