This marks Kiarostami’s 77th award, curiously earned in what was his 77th year on earth. He passed away earlier this year on July 4th, and his final film 24 Frames was in competition at this year’s event. The APSA recognition is the first such distinction officiated in its eleven-year history.

As the ISNA reports: “Kiarostami received 3 international prizes before the Islamic Revolution and 74 prizes after it.”

Actor Mohammad Poursattar Passes Away Due to Heart Failure at 78

Iranian actor Mohammad Poursattar passed away on 11/16/2017, due to heart failure. Poursattar was well known for appearing in historical and/or religious TV programs, including The Men of Angelos and 2008’s Prophet Joseph, where he played the Prophet Khidr. He also starred in Davood Mirbaqeri’s Mokhtarnameh, a series focused on historic Islamic revolutionary Mukhtar al-Thaqafi. 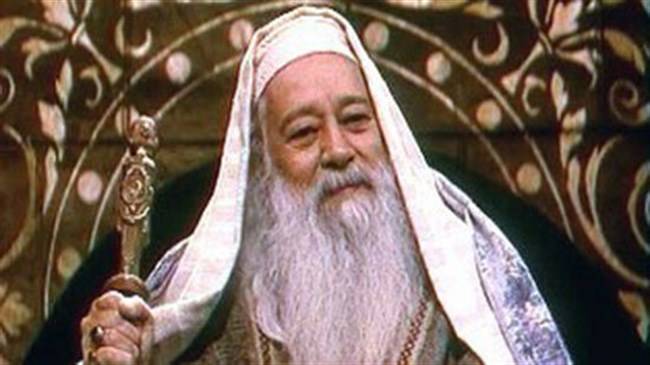 Poursattar’s funeral was held on Monday, with a procession originating at the Iranian House of Cinema. He is buried in Behesht-e Zahra.

Franco-Iranian Female Film Festival Kicks Off On Monday In Tehran

A six-day film festival highlighting French and Iranian female filmmakers will kick off in Tehran on Monday. “Action elles tournent” (“Action, they turn”) represents a partnership with the Tehran House of Artists and the Shahre Aftab Cultural Center in Shiraz, which will be the second stop for the filmfest.

The schedule will screen works by Rakhshan Bani-Etemad, Narges Abyar, and Tahmineh Milani, among others; the design seems to accommodate one Iranian filmmaker and one French filmmaker each day. Several creators, including Bani-Etemad and Abyar, will be in attendance for post-screening discussions.

The CineIran Festival in Toronto wrapped up last weekend, with awards going out to several recent movies. Boarding Pass, Yellow, Israfil, and No Date, No Signature are among the films to be honored, with Israfil taking home a Best Film Award.

“CineIran Festival is an annual celebration of the best of contemporary Iranian cinema…CineIran’s films exhibit the most prominent filmmakers and cinematic movements currently active in the Iranian scene and are selected from a wide range of genres and modes.” Now in its third year, the festival seeks to provide a diverse assortment of Iranian work; artistic director for the festival (and filmmaker) Amir Soltani remarks that “We think Iranian cinema as a national cinema is bigger than what most festivals portray it to be.”

Newcomer Mohammad Bakhshi recently took home the award for Best Short Film at the 35th Milan Federation Internationale Cinema Television Sportifs Festival (FICTS), which represents a year-long, multi-part, internationally staged event, assessing entries from all around the world. Iran submitted 17 films this year for consideration, and Bakhshi’s short “Are You Volleyball?!” was voted top of its category. In addition, “The Reporter,” a film about football by Seyed Mohammadreza Kheramand, received honorable mention.

In total, there are 16 annual events for FICTS which take place across the globe; Iran will be hosting it for the 11th time next month, on December 17th.