All IRANIANS UNITE AGAINST OUR MAIN ENEMY 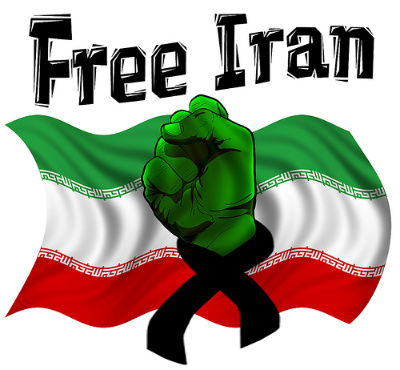 Okay, alot of Iranians on this site might have different political veiws, but I believe we should put our differences aside (Atleast for now) and focus on the main subject, which are the riots and protests in Iran….. Just know that if the mullahs aren’t thrown out of power then non of us can get a chance to introduce our veiws or ideologies to the Iranian mass.

Further more, I’m man enough to admite that it was wrong of me to add fuel to the fire in these sensitive times by replying or even commenting to capt-ayhab’s and ostad’s blogs…. So my apologies, I won’t even go over who started it, neither should that matter right now, as the subject (protests in iran) that we’re facing and seeing is alot more important than my veiws or any other persons veiw on Iranian.com.

So please, let’s unite to face our commen enemy. I’m sure, when the day comes that some people with the same veiws as us on this site gets into power in Iran, that we would be more than happy that it’s atleast not the mullahs or islamists.

Btw, anyone that agrees with us, please leave a comment so that we know you signed in and agreed to put our differences aside for now to face a greater enemy, which is the enemy of all Iranians and pretty much Iran in general.