Census Coalition: Stand Up and Be Counted 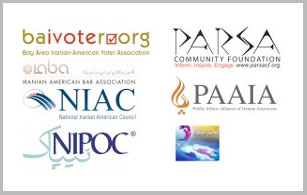 Mindful of events in Iran following the June 12th presidential election, your voice as an Iranian American will matter even more. Decision makers and Americans nationwide are looking to our community for advice and direction. We the undersigned organizations have joined forces in a show of unity to promote the importance of civic participation among Iranian Americans so that our voices are heard. A critical component of empowering the Iranian American community is securing an accurate count of the total number of Iranian Americans residing in the United States. The upcoming 2010 Census will provide a significant opportunity for Iranian Americans to stand up and be counted.

The census is a count of everyone living in the United States. This includes people of all ages, races, and ethnic groups, as well as both citizens and non-citizens. The census occurs every ten years and is mandated by the U.S. Constitution, the next one being undertaken in 2010.

Like many ethnic groups, Iranian Americans have traditionally been undercounted, leading to a diminished sense of representation within American society. According to the 2000 Census, there were only 338,000 Iranian Americans at the time, while the actual number is believed to be at least two or three times larger. By taking a proactive role in the 2010 Census, our community can strive to have the statistics represent reality.

With an accurate reflection of our population, Iranian Americans would stand to benefit from a variety of public, civic, and private sector services that rely on census data for economic and social assessments. For example, many local and state agencies, health organizations and social service organizations rely on racial and ancestry information to identify and meet the needs of their constituencies. Researchers in many fields, from journalism to social science, rely on census statistics to study trends concerning educational and economic mobility and cultural assimilation.

Numbers count! Showing the growth of the Iranian American community will translate into increased influence and recognition within American society. By uniting Iranian Americans behind this worthy goal, our community will be well on its way to gaining greater prominence, while at the same time gaining a better understanding of our own unique needs.

For more information or to join the Iranian American 2010 Census Project please contact any of the coalition partners.