The Cat is out of the Bag!! 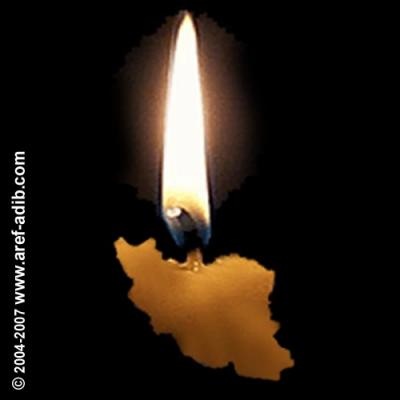 The cat is Iran – and the Iranians are finally out of the bag and on the loose. A population that was programmed, and took pride in “Staying out of Politics” is now up and running, both inside and outside Iran. Iranians inside Iran are well underway of separating themselves not only from the Middle Eastern crowds, but from all others who have failed the test of times or have yet to be tested. Regardless of what happens in the upcoming months, Iranians inside Iran have earned their place on some of the top echelons of all humanity. The level of courage in facing evil while demonstrating restraint to behave like evil was a lesson for all mankind and for all ages.

But, what about Iranian Immigrants? God only knows how many are out there, but I can assure you their numbers is rapidly growing, and already almost as high of the populations of Norway and Finland combined. Also, Iranian immigrants are way smarter and better educated than the average immigrant or the average Joe in their host countries. So what will eventually happen? Will they behave like the Dutch, the German and the French, and just blend and melt into their new environments? Will they behave like average Indians and Pakistanis, and just follow and survive? Or will the behave more like the Irish, Spanish, Greeks and the Italians, bringing a new flavor to the melting pot? Will they stick together like the Jewish and protect their roots? Or will they excel all others and become the saviors of the progressive world which needs to be saved from itself. I always knew our culture, based on which America was founded, holds certain keys to man’s ultimate enlightenment and survival. Will the Iranian immigrants be able to transfer the cultural heritage and values down to the next generations? In our quest to embrace freedom and the rights we have been deprived of, will we succeed in preserving our identities? My answer is a big yes – but let me also tell you what I am concerned and worried about. I am worried about our attitudes!!, about being able to handle success. Not in the sense that we will ever become ruthless or heartless putting others through misery or commit genocide as many others have. I am worried about our potential to turn the world into a big party, taking nothing seriously, handing not just Iran but the world to a new Khomeini. The big question for me is that if we have learned a lesson – because the world certainly does need our footprints. The Persian Cat is indeed out of the bag – and let’s do our best it will never be bagged again.

PrevPreviousThe nuke in Cyrus Cylinder
NextKhomeini’s picture or the Persian Gulf, which one is more sacred?Next