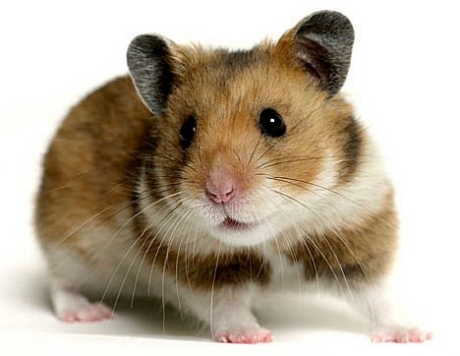 This afternoon I was delivered the horrible news that our beloved Rhino was dead.  I don’t believe she was yet one year old, too young for a hamster to die by any hamster standards (they could live up to 5 years).  It was only less than 4 months ago that Rhino was lost for three days, and I remember when I finally found her in my stepson’s car how grateful she was, for the first time ever, since she was gifted to my grand daughter for her birthday, she did not bite me after I found her hiding under the seat.

Lately I have been hit with one bad news after another, the latest being the release of the murderer of Mohammad Reza Shah’s last Prime Minister from France, only after serving 18 years of his life imprisonment sentence.  And now, he is going to live for many more years, but Rhino is dead.  Ali Vakili Rad, the murderer, says he was in hell in France for 18 years, but now he is in heaven in Iran, so keep imagining how many more years he might keep on living.  At least 4 times more than living in hell, don’t you think so.  4 times 18, that’s at least 72 more years.  Wow!  Why everything adds up to 72!  Anyway, he might live for 72 more years in Iran Heaven, and get 72 virgins in Tehran, and then when he dies he will go to Heaven and get 72 more virgins again up there, and poor Rhino, being a female hamster, won’t get virgins up there, and she even might get f…  Well, I can’t say it; after all I loved that animal, which is more than what I can say for some of these so called humans.

What gets to me is that one day Ali Vakili Rad might become the President of Iran.  No!  You don’t think so!  Don’t we have a president right now that the rumor says was the guy who fired last shots into the heads of condemned men!  No!  Maybe, maybe not?  Okay, what about this, wasn’t Ahmadinejad a hostage taker at one time?  Has he ever denounced hostage taking?  Yet, he is now the President of Iran.  Well, no doubt we have a President who is at least putting into question the genocide of the Jews during the Second World War, so why not one day have a President who’s been convicted of murder?  Either way, it’s all clear to me, Rhino is dead and those who should be dead are walking free; not that I wish death for anyone on this earth, but somehow it all doesn’t seem right to me.  Eighteen years is hardly enough punishment for killing another person, especially under the circumstances that Shapour Bakhtiar was killed, along with his secretary, Soroush Katibeh.

Anyway, I also heard today that my ex-wife hasn’t found a job yet, that’s after 40 months of separation and the consequential divorce.  Well, to be honest with you, I don’t even think in the last 40 months she has even filled out a single application for a job yet, let alone going for an interview, and having the remotest chance of being hired, by anyone.  But, that doesn’t bother me no more.  What bothers me is that Rhino is dead, Bakhtiar’s killer is going to be the President of Iran one day, and Ahmadinejad is promising the world that the world needs a new system, and elsewhere he is saying the world’s affairs are being managed by Imam Zaman.  So, very soon we’ll have a murderer managing a new system of world governance under the direct supervision from Imam Zaman.  That’s what’s really bothering me.

PrevPreviousDrawing: Another Choice Created
NextWhat would Prince of Persia do?Next