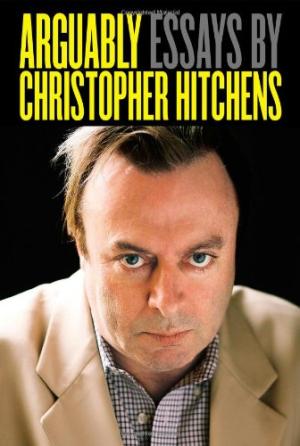 In a wide-ranging special interview, Jeremy Paxman talks to the writer, polemicist and commentator Christopher Hitchens about his cancer diagnosis, his life, his politics and writing.

How does it actually feel to be”aggressively interrogated”? Christopher Hitchens found out for himself, submitting to a brutal waterboarding session in an effort to understand the human cost ofAmerica’s use of harsh tactics at Guantánamo and elsewhere.vanityfair.com hasthe footage.

He died from pneumonia, a complication of the oesophageal cancer he was suffering from, at a Texas hospital.

Vanity Fair said there would “never be another like Christopher”.

He is survived by his wife, Carol Blue, and their daughter, Antonia, and his children from a previous marriage, Alexander and Sophia.

Vanity Fair editor Graydon Carter described the writer as someone “of ferocious intellect, who was as vibrant on the page as he was at the bar”.

“Those who read him felt they knew him, and those who knew him were profoundly fortunate souls.”

Mr Hitchens was born in Portsmouth in 1949 and graduated from Oxford in 1970.

He began his career as a journalist in Britain in the 1970s and later moved to New York, becoming contributing editor to Vanity Fair in November 1992.

He was diagnosed with cancer in June 2010, and documented his declining health in his Vanity Fair column.

In an August 2010 essay for the magazine he wrote: “I love the imagery of struggle.

“I sometimes wish I were suffering in a good cause, or risking my life for the good of others, instead of just being a gravely endangered patient.”

Speaking on the BBC’s Newsnight programme, in November that year, he reflected on a life that he knew would be cut short: “It does concentrate the mind, of course, to realise that your life is more rationed than you thought it was.”

Radicalised by the 1960s, Hitchens was often arrested at political rallies and was kicked out of the Labour Party over his opposition to the Vietnam War.

He became a correspondent for International Socialism magazine.

In later life he moved away from the left. Following the September 11 attacks he argued with Noam Chomsky and others who suggested that US foreign policy had helped cause the tragedy.

He supported theIraq War and backed George W Bush for re-election in 2004.

It led to him being accused of betrayal: one former friend called him “a lying, opportunistic, cynical contrarian”, another “a drink-sodden ex-Trotskyist popinjay”.

But he could dish out scathing critiques himself. Bill Clinton he called “a cynical,self-seeking ambitious thug”, Henry Kissinger a war criminal and Mother Teresa a fraudulent fanatic.

He also famously fell out with his brother, the Mail On Sunday journalist Peter Hitchens, though the pair were reconciled.

Christopher Hitchens could also be a loyal friend. He stood by the author Salman Rushdie during the furore that followed the publication of his novel The Satanic Verses.

The MP Denis McShane was a student at Oxford with Mr Hitchens.

He said: “Christopher just swam against every tide. He was a supporter of thePolish and Czech resistance of the 1970s, he supported Mrs Thatcher because he thought getting rid of the Argentinian fascist junta was a good idea.

“He was across between Voltaire and Orwell. He loved words.

“He would drink a bottle of whisky when I would manage two glasses of wine and then be up in the morning writing 1,000 perfect words.

“He could throw words up into the sky, they fell down in a marvellous pattern.”

The publication of his 2007 book ‘God Is Not Great’ made him a major celebrity in his adopted homeland of the United States, and he happily took on the role of the country’s best-known atheist.

He maintained his devout atheism after being diagnosed with cancer in 2010, telling one interviewer: “No evidence or argument has yet been presented which would change my mind. But I like surprises.”

The author and prominent atheist Richard Dawkins described him as the “finest orator of our time” and a “valiant fighter against all tyrants including God”.

He said Mr Hitchens had been a “wonderful mentor in a way”.

“He encouraged me and I shall miss him terribly and so will everybody who values the life of the intellect, of rationality of reason,” said Mr Dawkins.

Mr Hitchens wrote for numerous publications including The Times Literary Supplement, the Daily Express, the London Evening Standard, Newsday and The Atlantic.

He was the author of 17 books, including The Trial of Henry Kissinger, Godis not Great, How Religion Poisons Everything, and a memoir, Hitch-22.

PAX AMERICANA: Hitchens VS Kondracke on Reality or Fantasy of American “Imperialism” (1991)

What does it mean to be royal? Charlie Rose interviews Jeremy Paxman on the British Monarchy